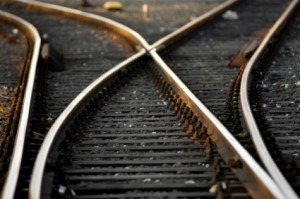 Which direction is the legal services market heading?

Law firms are failing to respond to the disruptive effects of new entrants to legal services and continue to measure their success using traditional performance metrics, according to a report on key issues likely to influence the market in 2015.

It highlighted for praise the moves by Allen & Overy to position itself for anticipated future client demands by redesigning itself as a multi-disciplinary ‘hybrid firm’ consisting of five separate businesses with legal services at its core.

The 2015 Report on the state of the legal market, conducted jointly by Georgetown University’s Centre for the Study of the Legal Profession and Thomson Reuters’ Peer Monitor, focused primarily on US firms. But it observed that the phenomenon of new competitors in the legal services sector, although particularly evident in the UK as a result of the Legal Services Act, was also a growing trend in the US and elsewhere.

“The market is now awash with new, non-traditional competitors… The regulatory barriers that for decades have shielded law firms from such competition are collapsing around the world and, even in countries like the [US] where formal regulatory constraints remain largely in place, creative ‘workarounds’ are proliferating,” it said.

The market environment for leading US firms had changed in several significant ways since 2008, chiefly the shift from a sellers’ to a buyers’ market.

Other factors cited included modest demand growth, exacerbated by more companies taking work in-house, a “persistent softness” in the market for litigation services, growing competition from new competitors – for instance outsourcing providers and, increasingly, accountants – and a widening gap between the top 20 firms and the rest.

Most firms had responded to the shifting dynamics of the legal services market in an ad hoc way rather than by making fundamental reforms, the report argued. But while law firm leaders acknowledged the need for change at a faster pace, they were pessimistic it would happen.

Much of the problem stemmed from the measures by which the success of a firm was traditionally judged – “inputs” such as billable hours and fee growth – instead of a focus on client-oriented performance measures, the authors said.

But they added: “Surely issues like the quality and consistency of work, the timeliness and helpfulness of the advice provided, the efficiency with which tasks are performed, the skill with which projects are managed, or the worth to the client of the results obtained are all far more relevant in the client’s assessment of the value that a firm provides on a particular matter. And yet, most law firms measure almost none of these factors.”

Allen & Overy had led the way in attempting to guess the direction of travel in legal services, the report suggested. By turning itself into a hybrid – consisting of the A&O law firm, its Peerpoint contract lawyer service, A&O Consulting, A&O Derivative Services (recently relaunched as aosphere), and the Belfast-based document review business, A&O Legal Services Centre – the firm had adopted a strategy reflecting its belief that a multi-disciplinary approach to legal issues would meet future client demands.

A&O’s process of “carefully looking at the way its market was changing and placing strategic bets on the changes it needed to make to remain competitive and successful for the long run” was something every firm should emulate, it said.

The report concluded: “It is more important than ever that law firms take a long-term strategic look at their primary practices, clients, and markets. The key is not just to react to market realities today, but to understand where their markets are likely to be three and five and 10 years from now…

“Firms that are able to adopt this kind of long-range thinking will enjoy a significant competitive advantage in today’s rapidly changing legal market.”