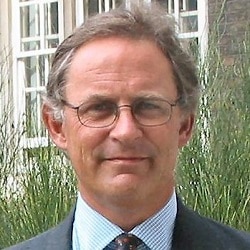 A High Court judge has described as “extremely disquieting” the failure of a North-West law firm to comply with a disclosure order – even though ultimately the order was unnecessary.

As a result, Mr Justice Mostyn refused to order that the £16,000 costs incurred by a junior solicitor at Russell & Russell be paid by a man who had accused him of contempt for breach of that order.

The court held that the accusations against Yasar Khan were “either false, banal or baseless”.

Russell & Russell acted for Esraa Mohamed in the breakdown of her marriage to Mohamed Ahmed. She had left the family home with their three children.

In December 2021, Mr Ahmed’s solicitors applied for an order against Russell & Russell to require the solicitors to disclose the whereabouts of the children so that the court’s tipstaff could enforce an order to seize the mother and children’s passports and identity documents.

Mostyn J noted that the Family Court had been told just seven weeks earlier where the children were, but this information was not in the application, which instead implied that the mother and children had gone on the run.

He said: “The validity of the disclosure order is not in issue and it is not within my remit to consider the conduct of the father’s solicitors in making the disclosure application.”

Mr Khan “understandably” but wrongly assumed that the disclosure order applied to him, the judge went on.

Two days before compliance was required, he applied to discharge the order on the basis that the mother had allegedly been a victim of domestic abuse and her address was confidential.

But he did not comply with the disclosure order, having incorrectly believed that he did not need to after making the discharge application.

A week after the deadline, the court’s tipstaff seized the identity documents. “In so doing [the mother’s] whereabouts were conclusively confirmed. The father and his solicitors therefore accepted that disclosure from Russell & Russell LLP was not necessary,” Mostyn J said.

Mr Ahmed nonetheless applied for Mr Khan to be jailed for contempt and Mr Khan applied for it to be struck out.

Mostyn J found that the contempt application was fatally defective as the disclosure order did not have a penal notice on it. Further, the obligations under the order – which were addressed to the law firm’s partners – did not extend to Mr Khan personally.

“It would have been the easiest thing for Mr Khan to have been individually named in the order as being subject to the disclosure obligation, but for some reason the father’s solicitors chose not to draft the order in that way.

In any case, the judge found the allegations against Mr Khan to be “either false, banal or baseless”.

He went on: “During the hearing the father noticed the direction the judicial wind was blowing and abruptly changed his stance stating that he could not care if Mr Khan was sent to prison and that his principal, if not sole, objective was to ensure that Mr Khan could no longer represent the mother.

“This put beyond doubt that the father’s objectives when making the contempt application were illegitimate and ulterior.”

The contempt application was struck out as an abuse of process as well.

But Mostyn J said it remained “a disturbing fact” that Russell & Russell’s partners did not comply with the order.

“It is extremely disquieting that a firm of solicitors, officers of the court, failed to comply with a clear and unambiguous order of the High Court.” He added that the law firm had admitted its breach.

“Mr Khan has incurred costs of £16,128.56. He applies for an order for costs in that amount against the father. However, in circumstances where there is a clearly admitted breach of an order of the High Court, I consider that the appropriate order is that there should be no order as to costs.”

Russell & Russell family law partner Salim Ibrahim said that, given the “ongoing complex litigation involving the claimant and a client of this firm, we do not consider it appropriate to comment further on the detailed and clear judgment”.