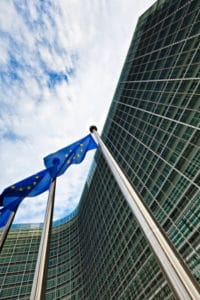 Personal injury lawyers, conveyancers and other solicitors who arrange or advise on insurance policies have been given a stay of execution from complying with new rules under a European directive that was due to come into force last Friday.

The Insurance Distribution Directive (IDD) – which replaces the Insurance Mediation Directive – deals with issues such as conflicts of interest and commissions and has been delayed until at least 1 October by the European Commission.

A revised timetable will be voted on by the European Parliament on 1 March.

The IDD applies to firms that take part in ‘insurance distribution activities’, such as selling or advising on insurance contracts.

The SRA said personal injury, conveyancing and private client firms were most likely to be affected, for example those arranging after-the-event insurance for accident victims or defective title insurance for property owners.

Under the IDD’s provisions, firms have to consider how to make sure information is meaningful to clients and provide it in writing, in a way that is fair, clear and not misleading.

On conflicts of interest, firms must disclose if they have 10% or more voting rights or capital in an insurer or vice versa; whether they give advice based on “fair and personal analysis”; or, where they are contractually bound to place business with specific insurers, the name of the insurers.

Firms must also disclose the ‘nature’ and ‘basis’ of any remuneration they receive in relation to insurance contracts, as well as accounting to the client for any commission received, including for any post-contract fees the client may incur during the life of the policy.

The Solicitors Regulation Authority consulted last autumn on changes it needed to make to its rules to implement the minimum requirements set out in the IDD. It has yet to publish the outcome.

The consultation said the regulator wanted to ensure compliance “without imposing a significant additional regulatory burden”.

It said the Financial Conduct Authority had indicated that “it is comfortable with an approach where we rely on existing rules and guidance that will achieve the same outcomes rather than copying out the requirements of the IDD in every case”.