Law firms “could undermine positive impact” of SQE on diversity 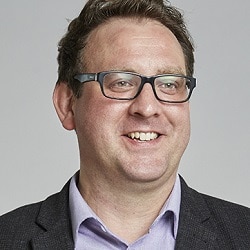 The emphasis on increasing the range and choice of legal training in the Solicitors Qualifying Examination (SQE) could help remove the blockage to social mobility in the profession, an independent charity specialising in workplace equality has concluded.

But a danger was that major law firms would ignore the SQE and continue to recruit from top universities as now.

The Bridge Group was commissioned by the Solicitors Regulation Authority (SRA) to update the positive conclusions it drew in 2017 now the shape of the SQE has become clear and buttressed its provisional assessment then that it has the potential to improve diversity in the legal profession.

It did also caution back in 2017 that the SQE was not “a panacea for diversity”.

The updated report stressed it was impossible to know for sure how the impact on diversity would pan out until the SQE was up and running.

The SQE allows a much greater range of routes to qualification. The regulator plans to submit it for approval by the Legal Services Board shortly, with a putative start date of September 2021.

Bridge described as fair the SRA’s preference for both a single-best answer (SBA) – a more nuanced form of multiple choice question – in the first part of the SQE and a uniform approach to assessment in the second part, instead of giving candidates elective options.

Chief executive Nik Miller said: “There is no silver bullet to address diversity in the legal profession, but the SQE could help.

“The current system is… expensive. The SQE could… give people more choice, while sharing standardised data has powerful potential to give the sector a better basis to understand – and really address – diversity issues.”

Bridge welcomed the SRA’s commitment to investigate why SQE pilots had showed black, ethnic and minority candidates tended to perform worse than white candidates, and said the authority had to “demonstrate too that it is proactively addressing” such attainment gaps and tackling the problem transparently.

It urged too that the SRA also published urgently policies on reasonable adjustments, “alongside the strategy for the collection, analysis and publication of diversity data”. Adjustments include the possibility of making SQE assessors undergo unconscious bias training.

Bridge concluded that the degree of choice inherent in SQE had the potential to be positive for diversity, mainly because it was “highly likely to generate more flexible and accessible routes to qualification, combined with a consistently applied assessment”.

However, it was important that candidates could easily understand which route was most appropriate for them. Otherwise, having more options presented “a significant risk that this will mean that qualification routes are harder to understand and evaluate”.

Nevertheless, Bridge said: “The SQE has the powerful potential to level the playing field for candidates – assessing them in a standardised and comparable way, regardless of entry route and prior access to opportunities.”

But it could be undermined if leading law firms continued to recruit “directly from a limited pool of highly selective universities, with little focus on relative SQE performance”. If they did, it could “dilute the positive impact on diversity that could be realised by these reforms”.

Bridge concluded the report by warning that the impact of the SQE on diversity was impossible to predict but it was sure that the actions of employers and training providers was critical if the gains were not to be “modest”.

This meant retaining confidence in the exams across the board was a top priority for the SRA.

A vital step would be monitoring closely diversity statistics of those taking the SQE.

Paul Philip, the SRA’s chief executive, said: “Introducing a single rigorous assessment is fairer for everyone. Employers will have better information to recruit and the public can have greater confidence in consistent standards.

“Candidates will be judged on an equal basis, and by giving them more choice about how and where they train, we hope to enable more talented people to have a fair shot at qualifying.

“We are pleased this report recognises the progress we have made, and we welcome both the robust review and the recommendations, which will help us to realise the benefits for everyone.

“We know we don’t have all the answers and that the SQE cannot on its own resolve all the diversity issues that the sector faces. This is a shared challenge for all the sector, but the insights we gain through the SQE should mean we are better placed to work together to tackle this problem.”

The SRA is committed to evaluating the SQE after two years, in full after five to seven years and again after seven to 10 years.

It is also looking at a multi-year project to increase understanding of why Black, Asian and minority ethnic students perform worse than white students.