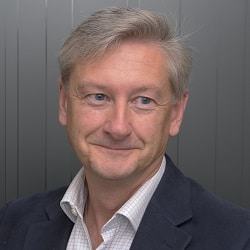 Most law firms are “complacent” about sharing technology with clients, according to the partner who leads Shoosmiths new division offering a range of legal and non-legal products.

Tony Randle said clients would “far rather” use technology from law firms than a tech firm they knew “nothing about”.

He went on: “Law firms are often doing a lot internally with technology but can be quite selfish in sharing it with clients.

“Clients want to see more innovation from law firms and are hungry for technology and interested in it.

“The accountants and tech firms are offering them technology, but most law firms are not. They are generally complacent.

“We genuinely want to make our clients lives easier and help them work faster, better and quicker.”

Mr Randle said Shoosmiths⁸ Connected Services, launched earlier this month, provided clients offered a range of products, organised into eight categories. While some were existing offerings, others were new.

He said a further 10 were at the product development stage and would be added to the existing 16 when they were ready.

Mr Randle said Cia (pronounced ‘seer’) was one of the new ones − a contract review tool which had been carefully trained over a period of 18 months using over 1,000 commercial contracts.

Cia uses artificial intelligence to produce a report and mark up contracts within minutes, a task which would take a human between three and five hours.

Mr Randle said Cia was much quicker and cost only 20% of the price of manually review.

“So many businesses have in-house legal departments swamped with requirements to review contracts, which take them a lot of time and energy.

“In many businesses contracts are not being reviewed by anybody as there is simply no capacity to deal with them.”

In-house departments can use Cia on a self-service basis by buying a licence or instructing Shoosmiths, in which case it was possible to provide them with a “human overlay” at the end.

Another new non-legal product, the UK Representative Service, was launched in February and “borne out of necessity” following Brexit.

It is designed to meet the needs of overseas businesses wanting to process data in the UK but without a legal presence here. The new service provides a website where they can appoint a Shoosmiths company to be their UK representative.

The eight categories of Shoosmiths8 Connected Services are the Innovation Lab, for technology products including Cia; Contract Lifecycle for contract management; The Academy for training and coaching; Corporate Advisory Services; Privacy and Data Services; IHL Excellence, specialising in legal operations; Real Estate Evolved; and Community+, which provides lawyers on contracts.

Mr Randle said some services were given to clients free of charge, on the basis that they encouraged instructions for the firm. An example was Lease Infinity, a database for clients with a large number of leases.

Mr Randle added that Shoosmith’s Connected Services was resourced by existing divisions of the law firm and was not a separate business, which had the advantage of avoiding tension and competing interests.