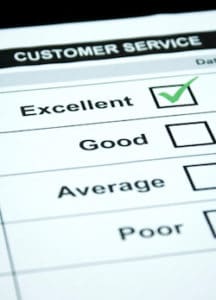 Law firms are at risk of being overtaken by changes in the legal marketplace if they do not rethink how their businesses are run, according to a new report.

It found that while three-quarters of firms recognised the fast speed of change to the legal landscape, only a fifth thought their own firms needed to adapt to keep pace with it.

Also, while all but a handful named client demands as a top priority for success, more than two-thirds reported their firms were doing little or nothing to meet these demands.

It noted that solicitors’ key preoccupations – such as coping with compliance, attracting new business, and meeting industry challenges – were much the same as they were five years ago, indicating a lack of reflection on the need to reform their own businesses.

The LexisNexis Bellwether report 2018, which gives an annual snapshot of the state of the profession, surveyed over 200 lawyers in a variety of positions at their firms, as well as conducted 12 detailed interviews in small firms and small offices of larger ones.

Part of the apparent complacency shown by survey respondents may be explained by the buoyancy felt about future performance at this time. Almost nine out of ten were ‘quite’ or ‘very’ confident.

In detailed findings, 97% believed that a “client-first culture” was an essential ingredient of success and 75% agreed the legal landscape was changing fast.

One solicitor told researchers: “The legal profession has taken an awfully long time to realise that we’re not in some highfalutin position where clients should be honoured to work with us. Actually, this is a business and we have to sell ourselves.”

The survey’s authors commented: “Previously, solicitors have been able to monopolise the market, thanks to the complicated and technical nature of the work. However, this is no longer primarily the case.

“Clients are more empowered than ever and, thanks to the rise of tools like digital searches and review tools, clients are able to redefine the framework of success for solicitors by using their own metrics.”

The survey found that solicitors were not happy with the new power clients wielded, complaining pressure to cut costs came at the expense of quality.

The survey concluded: “Complacency is no longer an option. With the fast pace of change currently being experienced across the industry, a ‘business as usual’ attitude may well prove disastrous for a firm’s business.”

“While our research reveals that most independent firms are aware of this shift, it also shows that too few are responding by taking proactive steps to adapt to this new world order.”

He added: “Our survey indicates that, year-on-year, many businesses are undertaking only small-scale development. Whether this stems from complacency or fear, firms risk the market moving on without them.”

Disturbingly for the Law Society, almost as many respondents felt it had its own interests at heart as much as lawyers, at around a third apiece. The Solicitors Regulation Authority fared little better.