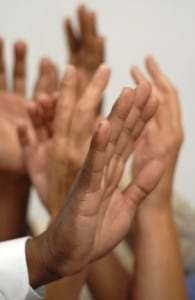 Law firms and chambers need to accelerate the increase in workforce diversity if they are to ward off the “nuclear” option of quotas being imposed, the Black Solicitors Network (BSN) has warned.

The report found that “there are now relatively high levels of gender and ethnic minority representation at junior levels of the profession, but attrition is still very high as we move up the ladder”.

The report questioned whether it is enough to wait for the economic incentives that would be expected to drive further increases in diversity – the “vast” investment in human capital that is lost when disillusioned women and ethnic minorities leave because they see no prospect of elevation to the top jobs – to do their work and lead to a significant increase in the representation of women and ethnic minorities at the top of the profession.

“Key here is the word ‘significant’,” the report concluded. “The economic drivers we have identified in the Diversity League Table have been working for a number of years now and progress continues to be painfully slow (that is, insignificant). It would seem that, at present, the economic drivers are not doing their job.”

The report referred to an OECD global forum on women’s leadership in public life earlier this year, at which there were mixed views on quotas. “But while all recognised the problems associated with their introduction, the suggestion was that they work.

“While the economic fundamentals are working in the right direction, the present pace of change seems unacceptable. Firms and chambers need to act now, as there is an increasing willingness to consider the ‘nuclear’ option of quotas.”

For women, the report said, there is a particularly pronounced ‘last-step barrier’, meaning that they are well represented at trainee and associate level but there is a steep fall at partner level. By contrast, for ethnic minority lawyers, attrition is evident at all levels and, if anything, more marked when moving from trainee to associate.

“These are broad statistics, but they give firms and chambers an idea of where to focus their retention strategies – with some suggestion that retention policies for women and ethnic minorities need to be targeted at different points in the professional ladder.”

As well as looking at the wider picture in the profession, the report reviewed the state of play at 28 of the top 100 UK law firms (including six of the top 10) and a further 14 international firms with substantial London offices who responded to requests for information, as well as 16 chambers with 30 or members – last year 29 chambers responded.

Overall, as last year Watford-headquartered Matthew Arnold & Baldwin was ranked number one in the table, while US firm O’Melveny & Myers held on to second spot. Weightmans entered the top 10 in third. Among chambers, the top three were Matrix, Coram and One Crown Office Row.