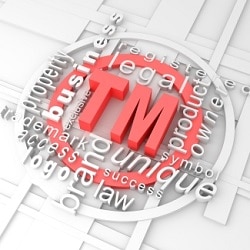 The Intellectual Property Office (IPO) has rejected much of a law firm’s bid to trade mark the term ‘legal engineer’, saying it should be free for anyone in the profession to use.

Scottish firm Cloch Solicitors failed to trade mark the term in relation to areas such as legal services, education and training in the field of artificial intelligence and law, and data processing services when used for legal processes.

However, Cloch was successful to a limited extent, including for printed matter and clothing.

The firm pushed the application through the various stages of the IPO’s process to a hearing before hearing officer Dafydd Collins, who upheld the previous decision of an examiner.

The IPO received objections from Wavelength Law, an alternative business structure that describes itself as a firm of legal engineers, fellow law firms Pinsent Masons and Shoosmiths, and legal IT business HighQ. The Law Society and Engineering Council made third-party “observations”.

Mr Collins ruled: “I accepted that the term is not widely used and is not customary in trade, however, sufficient evidence has been provided to show that the term is used in a non-distinctive, and descriptive way…

“I also found it likely that the term would grow and eventually become customary in trade in the future, as it is already currently descriptive to the relevant public in the legal profession.”

He explained how the examiner identified that the term “referred to a particular career path for legally qualified individuals, which encompasses technology aspects and draws on a set of skills that include both knowledge of the law and technologies”.

The examiner also argued that the term appeared to indicate “a newly emerging profession, and would therefore be considered to be non-distinctive”.

Wavelength said the term was first used by Professor Richard Susskind in 2008, and that it was “descriptive in relation to certain services and should be kept free for everyone in the legal engineering trade to use”.

The Engineering Council had argued that the term would be commonly understood to be a title referring to an individual with some sort of engineering qualification or competence.

But the IPO found during the course of the examination process that it had been “sufficiently established” that legal engineer was a term used in the legal profession.

Mr Collins said the relevant consumer here was a legal professional: “In the majority of instances, the sign will be understood as referring either to a legally qualified engineer, or an engineer of the law.”

He concluded: “I find the mark applied for to be a term which directly describes a role, and or actual profession, and is one which others in the same field of business should be free to use.”

Drew Winlaw the co-founder and chief legal engineer at Wavelength, said: “We consider legal engineering to be a profession in its own right, and for some time the term ‘legal engineer’ has been used in the legal sector to describe a specialist cross-disciplinary role.

“Legal engineers focus on solving issues that are prevalent in the provision of legal services, and it is just one of many new roles that will be required by the legal services sector as it enters the fourth industrial revolution.

“Legal engineers will be key to accelerating the development of legal operations, to realising the benefits available from new technology capabilities, and in a holistic sense, helping to make legal services more accessible, more affordable, and more comprehensible to citizens and businesses around the world.

“There is an active and growing international community that self-identify as legal engineers, and we believe it is important that people and businesses are free to describe themselves as such.”

David Halliwell, director of knowledge and innovation delivery at Pinsent Masons, said: “The only surprise about this is that anyone would invest so much effort arguing that they had recently invented a term that was demonstrably used at least 10 years ago by Richard Susskind.

“The term ‘legal engineer’ is already enjoyed by legal professionals all round the world, not least the dozen we have at Pinsent Masons.”

Shoosmiths was acting on behalf of an unnamed client. A spokeswoman said: “Our client wished to prevent registration of the term because it considers that legal engineer is devoid of distinctive character and customary in the current language or in the bona fide and established practices of trade.

“The term is commonly used in the UK in respect of a person who acts as a liaison between the legal and technological spheres, has experience in both fields and uses this to improve the delivery of legal services.

“The client wished to prevent registration of the term so that it is free for use by the relevant public, without the risk of infringing registered rights.

“It is clear that the accepted specification of goods/services is significantly narrower than that for which registration was originally sought.”

Philip Hannay, managing director of Cloch Solicitors, said in a statement: “The mark is a sign which is being and will be used in trade, registered or not.

“It is also a matter of public record that the mark is licensed to the universe of engineering, which already delivers an incredibly successful suite of branded STEM programmes across the UK to primary, secondary and territory students in partnership with hundreds of the UK’s finest and largest engineering and technology companies.

Earlier this year, Cloch Solicitors was unsuccessful in its bid to trade mark the word ‘loch’ in relation to legal services.

The IPO found that it was a “spoiling mechanism” in the firm’s dispute with Loch Associates Group – of which law firm Loch Employment Law is part – after it opened an office in Scotland.