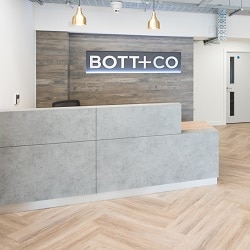 An email management tool using artificial intelligence (AI) and developed through a knowledge transfer partnership (KTP) between a university and a law firm has reduced three days’ work in processing emails to three hours, the firm has said.

Coby Benson, flight delay compensation solicitor at Cheshire firm Bott & Co, said the project with Manchester University would help the law firm “provide access to justice for many people who would otherwise be unrepresented”.

The KTP, launched in March 2019, received funding from UK Research and Innovation. Bott & Co’s in-house software team worked with Professor Sophia Ananiadou, director of the National Centre for Text Mining and a Turing Fellow at the university’s school of computer science.

As a pioneer in flight delay compensation cases, an area of high-volume and low-value claims with thin profit margins, the law firm aimed to use technology and a high level of automation to enable a “relatively small numbers of claims handlers” to deal with tens of thousands of claims.

Initially, in one of the first projects, the tool categorised emails in Outlook, allowing claim handlers to sort through and order the emails, making processing more efficient.

“Soon the team identified the benefit of creating a custom Outlook add-in that could provide additional information and functionality when viewing an email.

“This included the ability to link related emails, pull data from our case management system to augment the email with relevant claim data, and develop a process to auto-save the mail to the relevant electronic matter.”

The law firm said that, with the email “categorised, actioned and saved, the appropriate workflow could be triggered automatically”.

When the pandemic struck, flight delay compensation claims fell by 90% and the university was closed.

Bott & Co used this time to apply learning from the project to other areas of the business, such as personal injury and motor finance claims.

“An independent productivity review was conducted and found that in less than three hours we were able to handle the same number of incoming emails that could take up to three days to process.

“These tangible gains would have a direct cost saving and allow increased claim volume to be absorbed with less operational impact.”

Mr Benson commented: “Delivering some functionality to end users and iterating the features helped to build up confidence with end-users and prove the viability of the solution.

“The structure and long-term commitment of a KTP means that making a decision to begin one is not a decision to be taken lightly, but well planned and with business support, a KTP is a fantastic way for a firm to bring in new knowledge and skills.

“Ultimately, enhanced decision making, reduced wasted costs and improved service delivery to clients will help us to provide access to justice for many people who would otherwise be unrepresented.”