Law firm was instructed “when clients agreed to visit its offices” 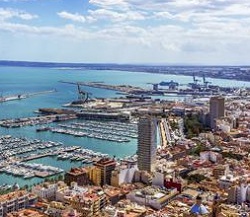 People buying holiday home became clients of a law firm after agreeing to visit its offices to complete their purchases, the Court of Appeal has ruled.

Upholding the decision of Mr Justice Lavender, the court said that, as a result, the firm was responsible in negligence for not obtaining good title to the properties in Spain.

There was no express choice of law governing the relationship between the firm and the claimants, and they agreed to proceed on the basis of English law.

The properties were marketed by two UK agents, both of which are now in liquidation, on behalf of a Spanish property company.

The agents offered a ‘one-stop’ service to purchases, including recommending Aroca to undertake the conveyancing, which each claimant took up.

The claimants contracted to purchase their properties and paid the purchase price in agreed instalments. On payment of the final instalment, they were given the keys and took possession.

However, they did not receive good title because, unknown to them, the vendor had in each case failed to discharge a mortgage it had taken out. It subsequently went into liquidation.

Ultimately the mortgagees took possession of the properties, save in two cases where the purchasers discharged the mortgages and obtained good title.

Lavender J held that each of the claimants had retained Aroca before paying the final instalment and that the firm had been negligent in failing to advise them of the risks of paying it without securing good title.

He further found that, if each purchaser had withheld the final instalment, the vendor would have discharged the mortgages.

He awarded damages on the basis of the unencumbered value of the properties, or in those two cases, the cost of discharging the mortgages.

The central issue in Aroca’s appeal was whether Lavender J was right to find that the retainers were formed when the agents, acting on behalf of the claimants, contacted Aroca’s office to arrange meetings for them.

Shortly after the claimants went to Spain to inspect the properties and signed their purchase contracts, each received a letter from Aroca addressed to “Dear Client”. This set out what the firm would do prior to completion. Aroca accepted that it constituted a contractual offer.

Otherwise the claimants had little contact with the firm before their completion trips to Spain.

Once a property was built, the agent would arrange the trip, telling the purchaser that if they wished to use a different lawyer, they should contact them direct.

Lavender J found that this was an indication that the agent would otherwise contact Aroca on the claimants’ behalf to say that they wished to use its services.

During the trips, the agents arranged for the claimants to visit Aroca’s offices either once or twice and, without meeting any lawyer, they were given a document about the time it would take to register the property and details of the fees they had to pay, including Aroca’s.

In some cases this was before they paid the final instalment, and in others after.

Aroca argued before the Court of Appeal that making appointments was “equivocal” and could not constitute acceptance of an offer.

It could mean either that the purchaser wished to instruct Aroca or wanted to have a meeting to decide whether to instruct the firm.

However, giving the unanimous ruling of the court, Lord Justice David Richards said: “The respondents were not commercial purchasers of their properties or sophisticated investors, and they depended entirely on the agents and others acting for them, including Aroca, to guide them through the process of purchasing their properties.

“In these circumstances, the judge was, in my view, right to hold that the arrangement of appointments for the respondents at Aroca’s offices constituted in each case the acceptance of the offers contained in the Dear Client letters…

“The idea that the appointments were made so that the claimants could decide whether to instruct Aroca is fanciful. There was nothing equivocal about the purpose of arranging these appointments.”