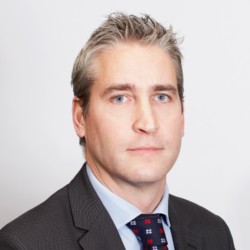 Oliver Brice, founder and managing director of Valemus Law, said he would like the firm, which has 25 consultants, to more than double in size over the next two years.

Under the ‘Valemus exit plan [1]’, existing and new consultants or ‘partners’ will be issued with exit shares. When the firm is sold, the exit share pool is valued based on the sale price and divided on a pro-rata basis between the partners based on their client billings.

Mr Brice said that, although selling Valemus was not a short-term goal, things could change in the next seven to 10 years – he said he had received a couple of informal approaches from buyers in the past six months.

Becoming an alternative business structure before listing, which would also trigger payments to owners of exit shares, was another option.

Mr Brice said the aim of the exit plan was to help the firm attract and retain good people. He said Valemus had recruited five new consultants over the past year and wanted to increase the rate of recruitment to 15-20 lawyers a year for the next two years.

Valemus partners generally have at least 10 years of PQE and brought their own clients to the firm, which provides services in commercial law, employment law for businesses, and family law among others.

Mr Brice said he was looking for lawyers who wanted to “replicate what they are doing in their traditional law firms”, whether City or regional practices.

“The partnership model, for all its faults, is one of the reasons why the legal industry has been such a success for the UK, by giving people an interest in their firm’s underlying business.

“One of the criticisms of the consultant model has been that lawyers work in their own silos and do not have the same sense of belonging.”

He said that by receiving exit shares for the nominal price of £1, Valemus partners would have a “capital interest” in the firm.

If they wanted to leave the firm before it had been sold, they would not have lost anything, and would have been earning 75% of the fees they bill compared to 40% in a traditional law firm.

He added that traditional firms faced a “real struggle” in the future, when more lawyers worked on a flexible basis.

Mr Brice, formerly group legal director of Macmillan before working in the corporate department of City firm Taylor Wessing, said one of the reasons for founding Valemus in 2006 was improved work/life balance.

He said that, before the pandemic, a lot of lawyers could not see themselves working from home instead of the office: “They’ve been forced into a position where it is the reality and it does work.”

His co-director is barrister-turned-solicitor James Hilsdon, who joined in 2009 from what was then Davies Arnold Cooper, where he was a litigation partner.