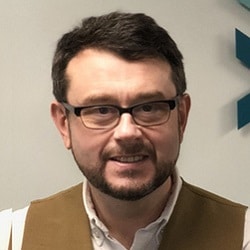 A commercial law firm is recruiting players to take part in the latest round of an online game to train an artificial intelligence (AI) tool which helps lawyers draft contracts.

Andrew Katz, joint managing partner of Buckinghamshire firm Moorcrofts, said the Clause Game was thought up during a brainstorm in the wake of lockdown, when it was clear that face-to-face workshops were not going to happen.

The tool is being developed by a start-up called ContrAI, a sister company of Moorcrofts, launched last winter.

The firm received £200,000 from Innovate UK to develop the AI tool in partnership with Oxford Brookes University, which was awarded £83,000 and is supplying much of the AI expertise, and with information consultancy CP1 Associates.

Mr Katz, chief executive of ContrAI, said there were “good people working on the algorithms”, but the challenge was finding “appropriate training data” for the AI.

Players of the Clause Game are presented with a sequence of contract clauses which they have to categorise as well as they can.

Mr Katz said the scores are calculated by a “secret algorithm”, which he described as “very clever”. He is also head of tech and IP at Moorcrofts, and specialises in free and open source software.

Consistency is more important than accuracy, and the volume of clauses categorised is also important to getting a good score. Players are also asked to rate how confident they felt about their answers.

Mr Katz said the game had “turned hours of something which could have felt like homework into something fun”. He said the first round of the game, played by Moorcrofts staff, was won by a young solicitor. Another round played by staff is in progress.

The law firm is now looking for people with an interest in the law to contact them now about taking part in a third round next month.

The aim of ContrAI’s drafting tool is to streamline the contract process and, through the use of AI, help lawyers identify problem clauses which need more time to consider.

Later this month, ContrAI will run online workshops with businesses to explain how the tool works. These would have been face-to-face, but were now online, which had the advantage of being accessible to a wider audience, including from the USA.

Mr Katz said ContrAI’s tool was still in the ‘proof of concept’ stage, but he was in talks with funders, and a launch in mid-2021 was possible.

“Discussions are under way at the moment,” he said. “The software is at the prototype stage. We’re exploring a number of different ways of commercialising it.”

Professor Nigel Crook from Oxford Brookes University, who specialises in AI and robotics, described the Clause Game as “a wonderful example of a simple AI system supporting a much more complex AI system to perform better by improving the quality of the data it is consuming”.

Mr Katz added that ContrAI was also developing a tagging system, which could be provided on an open source basis, to make it easier for companies to identify and understand contracts.