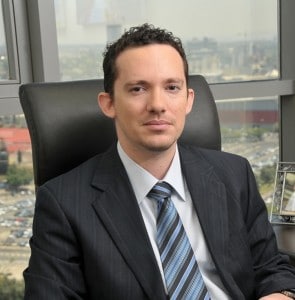 Fisher: Pekama could be used in areas beyond IP

A law firm has become a minority investor in a legal tech company, in what is understood to be the first move of its kind.

Taylor Vinters, based in Cambridge but with offices in London and Singapore, has invested an undisclosed amount in Pekama, a messaging and data platform.

Ed Turner, managing partner of Taylor Vinters, told Legal Futures that this was the first time the firm had taken a minority stake in a tech company, and he was not aware of a law firm having done anything similar.

“We’re not a big business,” he said. “We can’t afford to develop these things ourselves, but we can collaborate with other businesses. We don’t want to have to be forced into having to grow to leverage the technology we need.”

Mr Turner said the firm was hoping to take another minority stake in a tech company next month, only rather than providing a platform for delivering existing legal services, the “technology was the service itself”. He did not name the firm, but said it operated in the area of risk management.

Mr Turner said the traditional approach was for law firms only to invest in businesses they owned or could use exclusively.

He added that one thing that attracted him to Pekama was that it could help improve collaboration between lawyer and clients. “At the moment there is a gap between us. Pekama can bridge that gap.”

Pekama describes itself as a “cloud-based collaboration tool” that allows lawyers, clients and third parties to collaborate while eradicating email congestion, centralising access to legal documents and keeping clients up to date.

Zeev Fisher, an IP specialist and the co-founder of Pekama with brother Eyal, said: “The law firm got excited right away when they saw it, said it was great and exactly how legal services would be delivered in the future.

“Part of the reason we wanted their support so much is because they are a medium-sized law firm using all the tools of the big firms.

“The problem with these firms is that they are using seven or eight different kinds of software which do not integrate with each other. Pekama could provide that integration. We want lawyers to be able to work from one screen, without jumping from one thing to another.”

Mr Fisher, a dual-qualified solicitor and Israeli advocate, said Pekama would be piloted in the Taylor Vinters IP department in the New Year.

“They will use it for everything, and if the IP department is happy, we will expand into other departments.”

Mr Fisher said Pekama charges one-off fees for a particular legal matter – for example from $19.99 to $49.99 for a trademark case. He said that he and his brother owned the majority of shares in the company.

Apart from Taylor Vinters, Pekama’s latest funding round included investment from an Israeli law firm, a unit trust and private individuals. The company currently has eight staff, based in Cambridge, Tel Aviv, Ukraine and Belarus.

Mr Fisher started his legal career as a defence attorney in the Israel Defence Forces before moving to the UK and is currently managing partner of consultancy Fresh IP.