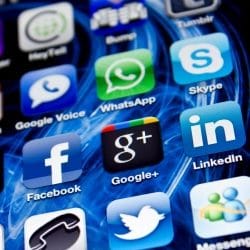 A small law firm sacked its administrator by sending him a brief WhatsApp message – and then backdated his P45 to support an argument that he was actually fired earlier and so his claim was out of time, an employment tribunal has found.

Employment Judge Barker said Mr K Shazad was out of time to bring wage-related claims against Bluewater Law Solicitors, but his disability discrimination claim could go to a final hearing.

In a preliminary hearing, the tribunal was asked to determine the date of termination so as to decide whether aspects of the claim were in time.

Judge Barker said Mr Shazad had been working for the Bury law firm, run by Raja Khan, for less than six months when he received the WhatsApp message.

Mr Shazad told the tribunal that on the morning of 11 December 2017, he had a conversation with Mr Khan following a request to take a couple of days off because his son was ill and Mr Khan had reacted angrily.

“The claimant told the tribunal that Mr Khan had said to him: ‘You should think about your position and I’ll do the same.’

“The claimant then received a WhatsApp message at 12.55 which read: ‘I spoke to the accountant and he will clear your dues on 15 Dec for December hours. Thanks.’

“The claimant told the tribunal that on receipt of this message, and based on Mr Khan’s tone in their earlier conversation, he assumed he was dismissed.”

However, Mr Shazad argued that because the message “appeared to promise him payment for hours in December that his date of termination would be the end of December”.

Mr Khan argued that Mr Shazad’s employment had terminated on 30 November 2017, a week after a meeting he had held with the claimant, at which he told him that “because of his unsatisfactory probation period and because he had failed to provide a reference from his previous employer”, his employment was terminated with a week’s notice.

Judge Barker said Mr Shazad had continued to work for Mr Khan until 11 December 2017, which was “wholly inconsistent” with his employment being terminated in November.

Further, his P45, dated 2 January 2018, was “not a reliable source of evidence” of the termination date and the evidence indicated that it was not sent until after proceedings were begun.

The judge held that, “on the balance of probabilities”, the claimant’s P45 had been “backdated and issued on receipt of the claimant’s claim form” in May 2018 to support the law firm’s assertions that Mr Shazad had been dismissed by the end of November.

Judge Barker also said Mr Shazad had “consistently stated”, both in evidence under oath and in correspondence, that he understood he had been dismissed on 11 December, and rejected his evidence that he assumed he would be paid until the end of the month and that would be his date of termination.

The judge said there was “no evidence” that the law firm would “choose to pay” Mr Shazad for a notice period of almost three weeks.

Judge Barker said the tribunal found, “on the balance of probabilities”, that his effective termination date was 11 December 2017.

This meant that Mr Shazad had failed to comply with the time limit of three months to issue proceedings or commence ACAS early conciliation, and his claims for unlawful deduction of wages, failure to provide wage slips and failure to provide written particulars of employment claims could not proceed.

The tribunal ruled that Mr Shazad’s disability discrimination claims, which were not discussed in detail in the ruling, could go ahead.

Judge Barker was critical of both parties’ conduct in the case, such as trying to discuss issues concerning Mr Khan’s management of the law firm – which were not relevant to the claim – various failures in complying with court orders, and trying to make further submissions after the hearing had ended.

“In addition, it became apparent that the parties’ wives were friends and that therefore there are personal and domestic issues which have a bearing on the parties’ conduct in these proceedings,” he observed.

“Given that both parties have experience of working in the legal profession and as Mr Khan is a qualified solicitor, these issues are particularly regrettable.

“Both parties are urged during the future conduct of these proceedings to comply promptly with all case management orders in full and to focus only on the issues that are before the tribunal to decide.

“Both parties are also reminded of their obligation to assist the tribunal in achieving a fair hearing of the issues without unnecessary delay.”