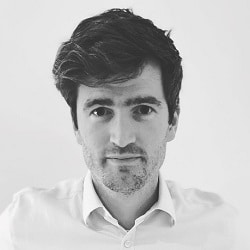 Melville: People should be taking their foot off the accelerator in terms of profits

The founder of a not-for-profit law firm that operates as a social enterprise says he wants to sit in the “middle ground” between commercial, profit-focused law firms and the underfunded legal aid sector.

Blair Melville, principal of Teneu Legal in Glasgow, said he had made a deliberate choice to avoid legal aid work because the sector was “fairly well provided for” in terms of numbers.

Instead the firm, which specialises in immigration work and is named after an early Christian saint linked to Glasgow, devotes 20% of its time to working on a pro bono basis for law clinics and community organisations.

“Most young people who enter the profession don’t do it just for the financial return. They do it because they want to help their clients and do something useful.

“What happens to so many of them is that they take the first traineeship they can get just to pay down debt. At the end of the training process, you end up thinking that there is not really an alternative.

“Things are so disjointed at the moment, you’re faced with a choice between the commercial firms and working excessive hours for very little money in the legal aid sector, with the mental health problems that can bring.

“There is no middle ground any more for those who see the law firm as part of the community.”

However, the pandemic had been a “game changer” in how lawyers delivered services, meaning there was no pressure on Teneu to find an office because clients were happy to communicate on Zoom.

Teneu is a not-for-profit law firm, but it was unlike a law centre in offering a high-end service to private clients. It was unlike a law firm that undertook pro bono in that its pro bono work was “strategic, rather than ad hoc”.

In 2019, a domestic violence charity set up an alternative business structure (ABS) as a social enterprise to provide legal services for people who are not eligible for legal aid but cannot afford to pay for a private practice solicitor.

LGSS Law, an ABS owned by three local authorities, also describes itself as a social enterprise.

Commons Legal, meanwhile, is a not-for-profit criminal law firm set up as a co-operative in London in 2017.

“I do think that this is something other people should be doing – taking their foot off the accelerator in terms of profits and doing something for the community.”

Mr Melville said that, as a sole practice, Teneu Legal could not currently be regulated as a social enterprise in Scotland. If he could recruit one or two partners, as he hoped, the problem would be overcome.

Another issue was the failure to implement the Legal Services (Scotland) Act 2010, which allows non-lawyers to be partners in law firms, so long as they are majority owned by solicitors.

Mr Melville said he wanted to appoint community representatives onto his law firm’s board but could not do so until the Law Society of Scotland changed its rules on alternative business structures.

The society has said it is willing to regulate licensed legal services providers, the equivalent of ABSs, but has not yet applied to become a regulator.

This time last year the Competition and Markets Authority called on Scotland to implement ABSs without the restriction on non-lawyer ownership, after a study of the Scottish legal services market.

The solicitor said immigration law was in a “strange state of flux” and would have been busier had the pandemic not reduced the demand for East European workers in the hospitality industry.

When the recovery came, he said these businesses might find it difficult to recruit quickly from overseas.