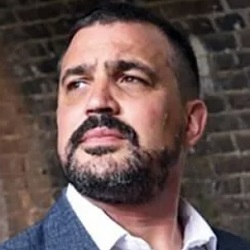 The Solicitors Regulation Authority (SRA) needs to investigate a “clear breach” of its recent guidance over SLAPPs, lawyers for the founder of investigative website Bellingcat have said.

London firm McCue Jury & Partners acted for Eliot Higgins in defending a defamation action brought by Russian oligarch Yevgeniy Prigozhin, which has been thrown out by the High Court over non-compliance with court orders.

SLAPPs – strategic lawsuits against public participation – are cases brought with the intention of suppressing legitimate criticism, and have been subject to intensive criticism in the wake of Russia’s invasion of Ukraine given their use by oligarchs.

Mr Prigozhin is thought to be closed to Russian president Vladimir Putin and was subject to sanctions from before the Ukraine invasion due to various alleged activities, including funding the Wagner Group, a group of Russian mercenary paramilitaries – which he denies. The sanctions have been strengthened since the war began.

He sued over tweets that Mr Higgins posted from his personal Twitter account, which linked to articles from the likes of Bellingcat, CNN and German newspaper Der Spiegel.

According to the letter McCue Jury has sent to the SRA, Mr Prigozhin instructed London firm Discreet Law from at least August 2021 and it served the claim in December.

Discreet agreed that its client should provide security for costs and applied for a licence from the Office for Financial Sanctions Implementation to make the payment. However, in March, Discreet successfully applied to come off the record and the outcome of the licence application is unknown.

The letter said it was “indisputable” that Mr Higgins was not the most appropriate defendant if the genuine aim was to protect Mr Prigozhin’s reputation and receive damages, as he had far less media reach and fewer resources than companies like CNN.

“As such, it is apparent that these proceedings were designed precisely to cause the maximum personal distress to [Mr Higgins] and to deter him from publishing further content which legitimately criticises individuals such as [Mr Prigozhin].

“As such, the proceedings seem to be a textbook example of SLAPP and are, as such actions are defined in the SRA guidance, a ‘misuse of the legal system… in order to discourage public criticism or action’.

“We respectfully contend that it cannot reasonably be believed, including by Discreet Law when they issued and served the proceedings, that the tweets caused any harm to [their client’s] reputation.”

The letter went on: “We strongly believe that Discreet Law have acted in a manner that amounts to a clear breach of the SRA code and which has resulted in significant financial hardship to Mr Higgins.”

Matthew Jury, McCue Jury’s managing partner, added: “This is a clear defeat for Prigozhin; but it is a hollow victory for our client, who should never have been the subject to these abusive and meritless proceedings.

“The current war in Ukraine highlights the immense importance of the work of organisations like Bellingcat and we cannot continue to allow the UK courts and lawyers to be used to stifle genuine public debate and criticism of those in power.”

A statement issued by Mr Prigozhin’s company, Concord Management and Consulting, and translated from Russian using Google Translate, said that “after such a series of raids and threats from British officials, Yevgeny Prigozhin’s English lawyers were forced to withdraw from the court case”.

It has become “objectively impossible to find another English legal representative” because of political pressure, the statement went on.

“According to one English law firm contacted by Yevgeny Prigozhin’s assistants: ‘Despite the fact that we believe that any person has the right to legal assistance, if we agree to participate in your case on the part of the plaintiff, then in light of the existing political pressure there will be nothing left of our firm’…

“All this testifies to the death of the fundamental principles of law in Britain; they were killed by the extreme Russophobia that freely roams the country.”