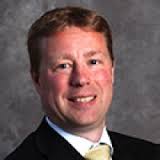 East Anglian practice Ashton KCJ has become what is thought to be the first law firm in the UK to introduce a ‘paid time-off’ (PTO) policy, which focuses on productivity rather than time in the office by allowing all salaried employees to take the holiday they need without the constraint of a set number of days per year.

In a bid to become the legal employer of choice in the region, the firm is trialling the policy between now and October before deciding whether to make it permanent.

In addition to providing more flexibility in relation to holidays, the new approach also encompasses compassionate leave for bereavement and study leave.

CEO Edward O’Rourke told Legal Futures that he started investigating PTO after publicity last autumn about Virgin offering it to some staff.

Mr O’Rourke said candidly that there had been a mixed reaction among staff, with “some people preferring the certainty” of a set number of days’ holiday. “It’s about treating staff like adults,” he said, pointing to research that indicated increased productivity at companies that had embraced PTO. “People taking more time off is not necessarily bad as long as productivity is not affected.” The vast majority of people would not look to abuse the policy, he reckoned.

He said some staff with children had already been making arrangements to take more time off during the school summer holiday.

Mr O’Rourke added: “We firmly believe that law firms wishing to thrive in the future need to be innovative, both in the way they attract and retain legal talent and in the way in which they meet clients’ legal needs.

“We are continually looking at ways to reward and motivate our staff and feel that allowing people as much paid time off as they need is in everyone’s best interests. Our focus needs to move towards overall productivity, client satisfaction and results rather than the number of holiday days taken.”