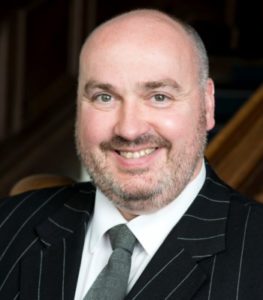 Brown: storm in a teacup

A criminal law firm has hit back at a Sunday tabloid newspaper story that quoted a senior policewoman who condemned as “idiotic” its Facebook posts identifying unmarked police cars.

Scottish firm Matthew Brown Solicitors posted on its Facebook page just before Christmas: “From the firm that prides itself on its practical no-nonsense advice, drivers in Ayrshire might want to keep an eye out for a dark grey BMW 330 saloon [registration…] #nudgenudge.”

The post followed another in February which said: “Other lawyers’ websites will promise you the earth, boast about their success percentages and guarantee to save your licence. We’re more practical. The new unmarked police car in Ayrshire is a red Audi A4 Avant registration ending… Stay safe people!”

In a statement on Sunday, also on Facebook, the firm said: “Hello to all our followers, particularly the 50 or so that have joined us since today’s Sunday Mail article… (yes, we thought ‘idiotic’ was a bit harsh too.”

The two-partner firm pointed out that it had never received complaints about the posts and that the older post had been viewed nearly 7,000 times over the past year. It continued: “Their message is to be aware of your surroundings and drive safely. Quite how anyone can object to that we don’t know.”

The Sunday Mail story quoted the chairwoman of the Scottish Police Federation, Andrea MacDonald, as calling the posts “a frankly idiotic thing for an apparently professional organisation to do.”

Senior partner Simon Brown, who is a council member of the Law Society of Scotland, told Legal Futures that the furore was “a storm in a teacup”. He continued: “It’s never nice to be called idiotic in the paper but it’s not done any harm. We’ve already had more [enquiries] through it.”

He insisted the two posts were “light-hearted” and meant to discourage people from breaking the law: “My view is that both of the posts encourage motorists to be aware of their surroundings and drive safely. So I don’t see how that can be irresponsible.”

His relationship with local police was good, he said, adding: “I was in my local court today and while I experienced a degree of good-natured ribbing, the feedback was 100% positive – and that includes from police officers.”