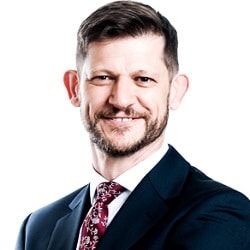 Knight: The market has changed

West Midlands referral network Hub.Legal has reported that referrals of work from its 125 member firms have recovered to their pre-Covid level – but several are looking to merge.

James Knight, partner at FBC Manby Bowdler responsible for Hub.Legal, said the immediate impact of the virus was a fall of up to 30% in referrals.

FBC was once a hub in Connect2Law’s referral network but struck out on its own in 2014 after Connect2Law’s founder, Manchester firm Pannone, was bought by Slater & Gordon.

Where firms in the network lack the expertise or available staff to take on cases, they can refer them to 30-partner FBC in return for a referral fee. With the exception of several large firms, members are small practices with no more than two or three partners.

Mr Knight said that, after the slump, referrals recovered to their pre-Covid level in May, and in June were “slightly in excess” of that number, while last month they were at the same level as July 2019.

However, he told Legal Futures that two small member firms had closed and several others are seeking mergers.

He said the two firms which had closed were a small commercial firm based in Shropshire and a general high street practice in Birmingham.

During the financial crash of 2008, he said a “noticeable number” of network firms closed their doors, partly because of a rise in indemnity insurance premiums.

“I don’t know if that is going to happen this time, but there are going to be pressures on all businesses. The market has changed.”

Mr Knight said he knew that several firms were seeking mergers as they focused on succession planning. “I wonder if that is because people have time to reflect, rather than chasing their tails.”

However, Mr Knight said he was approached by a new firm last month about joining the Hub.Legal network.

He said two firms that had furloughed staff in their family and litigation departments had asked FBC Manby Bowdler to handle the work. “I’ve assured the firms that when they bring their lawyers back, they can pick things up again. It means they can provide continuity of service.”

Member firm that refer work are protected by a no-poaching agreement.

“We really feel we’ve been a support,” said Mr Knight. “The firms were not referring work to us because of fee sharing, but because it takes a worry off their shoulders. The alternative is that the clients go to a competitor, and they lose them.

“Everything is done on Zoom and on the screen anyway, so it doesn’t matter where you are.”

Mr Knight said the free training sessions he ran for member firms were more popular on Zoom than they had been when solicitors drove to Birmingham to attend in person. The next session is on commercial property.

He said that, after the crisis was over, it “made sense” to continue with Zoom training sessions, which were “a lot less fuss”.

Hub.Legal also provides members with free training on indemnity insurance with Marsh JLT and on regulation with SSB Compliance, a Sheffield-based law firm.

Mr Knight said that some member firms had been “very tenacious in holding on”, despite the crisis.

“We’re in very stressful economic times. Those firms that provide excellent service to their clients tend to have good relationships and be more successful.

“I’ve always said to my member firms: ‘Just do a good job and they’ll come back’.”