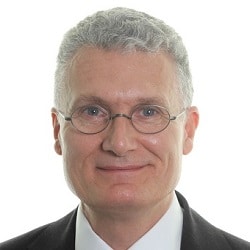 Briggs: Reasonable cause of action against law firm

A law firm that settled a negligence claim is entitled to recoup some of what it paid from the counsel it instructed, even though proceedings against him were dropped, the High Court has ruled.

He said the firm did not have to prove that Mr Mayall had been negligent – which he denied – only that there was a reasonable cause of action against MW.

This failed at a preliminary stage in 2011 and Mr Percy launched a claim against both the law firm and barrister.

After pleadings closed, Mr Percy agreed to no longer pursue Mr Mayall on the basis that each side pay their own costs. Later MW settled with Mr Percy; the ruling does not say for how much.

MW then sought a contribution from Mr Mayall pursuant to the Civil Liability (Contribution) Act 1978.

Judge Briggs ruled: “When determining entitlement, the party against whom a contribution is sought may seek to challenge whether the claimant had a reasonable cause of action against the defendant who compromised the claim.

“The extent of the inquiry is limited. The compromising party need only demonstrate that the assumed factual basis disclosed a reasonable cause of action. It is not legitimate to have regard to whether in fact the defendant was liable and consider ‘collateral defences’.”

This meant the court did not need to test the facts and Judge Briggs concluded that there was a reasonable cause of action against MW.

As a result, it followed “without more” that MW was entitled to a contribution from Mr Mayall.

He acknowledged that this “may seem” unfair to Mr Mayall – who contended that he was not negligent and that the agreement to drop hands was evidence of causation difficulties in Mr Percy’s claim against him.

The judge added that, even if he was wrong about the availability of collateral defences, and Mr Mayall was permitted to challenge whether MW was actually liable (on the basis that the ‘no reflective loss’ principle would have barred recovery), “the defence would not have prevailed”.

Judge Briggs found that responsibility for the loss and damage suffered by Mr Percy fell more on the shoulders of MW and ordered that Mr Mayall pay 40% of the settlement sum.