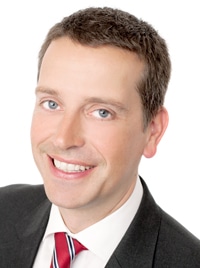 A former chief executive of Cheshire-based solicitors Forster Dean, who is now a leading football administrator in Northern Ireland, has been suspended by the Solicitors Disciplinary Tribunal (SDT) over accounts rule breaches.

Greg Shields led a pioneering management buy-out of Forster Dean in 2007 and, as chief executive, expanded its network of offices to 29 by 2012, speaking at a Legal Futures conference on the firm’s ambitions. However, it now has just six.

Mr Shields left the firm in April 2013 and briefly ran his own consultancy before joining the Irish Football Association (IFA) the following year, where he is director of football operations.

He was the only one of six directors of Forster Dean not to accept a fine as an agreed outcome in lieu of a full hearing before the tribunal. Those who did were William Betts, Abid Hussain, Daniel Thompson, John Mark Hunter and Jon Paul Else. Mr Hunter and Mr Else are also no longer with the firm.

Mr Betts was fined £15,000, Mr Hunter £5,000 and the other three £10,000 each, plus £5,000 costs each. Mr Else, an accountant who was the finance director, was also banned from working for a law firm, subject to the approval of the Solicitors Regulation Authority (SRA).

All six were accused of near-identical charges dating back to 2011 of retaining money received for disbursements in the firm’s office account for periods longer than those prescribed by the Solicitors Accounts Rules.

They were further charged with failing to remedy the breaches promptly on discovery and (with the exception of Mr Hunter) allowing the firm to “revert to such practices” around May 2012.

They were also alleged to have failed to run the firm effectively by not having systems in place to “identify, prevent and rectify” the breaches.

Further charges were that Mr Betts, as the firm’s COLP, failed to report “material issues” to the SRA, while as the COFA, Mr Else failed to ensure the firm’s compliance with the accounts rules.

Mr Shields and Mr Else also faced allegations that their conduct amounted to a failure to act with integrity.

With regard to the agreed outcome, the tribunal – which dealt with the case on paper – said it was satisfied that the proposed sanctions “adequately reflected the seriousness of the misconduct, having regard to the level of culpability attaching to each respondent, the harm caused and the aggravating and mitigating factors that existed”.

The SRA confirmed that at his hearing last month, Mr Shields admitted all the allegations against him. He was suspended for nine months, from 17 January 2017, and ordered to pay costs of £27,000. The full ruling has not yet been published.