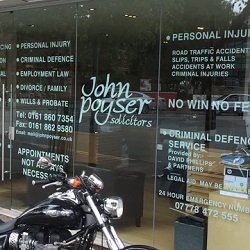 The rules on misconduct in the CPR do not apply to solicitor/client costs assessments, the High Court has decided in overturning a finding against a Manchester law firm.

Mr Justice Morris said that otherwise law firms could face costs penalties for shortcomings that other professional service providers would not.

This arose firstly as a result of the actions of Maria Williams, a solicitor working at the firm, who took money on account from client Cynthia Spencer in cash, pocketed some of it and then sought to falsify documents to cover up her wrongdoing. She was struck off in 2020.

The dispute at the heart of the case was whether the law firm gave Ms Spencer full credit for the money she had given Ms Williams.

Master James found a shortfall of £6,090 and went on to hold that there was other misconduct too, namely the hourly rates charged, and that both work relating to Ms Spencer’s complaint and time reading into the file by another fee-earner had been included within the bill.

The court recorded that, when she later learned that the law firm had not paid, Master James reported it to the Solicitors Regulation Authority, while also pointing out the existence of the appeal. After permission to appeal was refused on the papers, the firm paid, but was granted limited permission to appeal after renewing the application orally.

Morris J, sitting with Senior Costs Judge Gordon-Saker as assessor, conducted a textual analysis of CPR 44.11 and concluded that it concerned summary and detailed assessments of party and party costs, and not solicitor/client assessments under the Solicitors Act 1974.

Among the factors supporting this were that, if CPR 44.11(1)(b) – which covers misconduct before or during the proceedings or in the assessment – were to apply to a solicitor/client assessment, law firms “would be subject to penalties potentially being imposed by costs judges for shortcomings in the provisions of their services to clients, in circumstances where other professional service providers are not”.

Morris J continued: “Such a power might be expected to have been conferred by primary legislation, rather, somewhat inadvertently, than by way of a civil procedure rule which applies primarily to a different situation (party and party assessment).”

Even if he were wrong on this, Morris J said Master James was wrong to find misconduct. While he criticised how the law firm had dealt with the shortfall issue, the evidence indicated that there was no missing £6,090, “and that Mr Poyser genuinely sought to make good any relevant shortfall, and indeed substantially (if not wholly) achieved that objective by the discount given”.

Master James’s finding of overcharging was also not made out, as the hourly rate of £217 was specified in the retainer.

The master may have been justified in disallowing the full rate on assessment, Morris J said, but where that rate had been agreed in the retainer, there was no basis for concluding that it amounted to misconduct absent further analysis.

Morris J set aside the final costs certificate and said the final amount would have to be recalculated taking into account Master James’s initial deduction of the bill to a reasonable sum. Subject to interest, this would mean Ms Spencer having to repay £13,000 to the law firm.

The judge noted that Ms Spencer was a vulnerable litigant and said the outcome was “likely to be a matter of considerable dismay and is a result for which she bears little responsibility”.

He continued: “The master erred in law in applying CPR 44.11. Further, whilst the master was further wrong to make findings of misconduct on the claimant’s part, the claimant’s conduct over time has been wanting and its explanations of this matter over time have sown confusion.

“The court has sympathy for the position in which she now finds herself. Whether she will be required or able to repay sums to the claimant is a matter not for this judgment.”