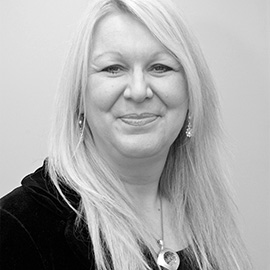 Underwood: sole practitioners at forefront of new ways of working

A law firm network has been launched aimed at smaller practices and has already held two meetings, it has emerged.

It aims to support solicitors, barristers, legal executives, and licensed conveyancers. Its website says the object is “to meet and learn and have fun”.

An online “resources and chit chat forum” dubbed The Hive – a reference to the hexagonal, interconnected structure of a beehive – is available to members.

Both meetings so far have been in London. The inaugural meeting last month attracted 80-90 attendees, according to Ms Underwood, “even though it was the middle of the school holidays”.

She said the network hoped to hold events outside London in the near future.

She observed that the network’s directors reflected the trend of solicitors leaving large firms to achieve a better work-life balance.

Sole practitioners (SPs) were now at the forefront of adopting new ways of working, she said, adding: “I think in the past SPs have been seen by the wider profession as trailing behind, but that dynamic is changing now – small firms are really thriving because they are adopting technology and new ways of working.”

Non-lawyers, such as those whose businesses were relevant to members, would be invited to attend network events: “We wanted to have a place where lawyers and non-lawyers could meet and exchange ideas and products and services.”

Asked whether the network would eventually leverage economies of scale and offer products and services itself, Ms Underwood said: “Potentially, absolutely. There seems to be a growing appetite for that sort of thing.”

The network’s website said: “We are a team of solicitors who all have experience of setting up and running our own firms. So, we know how exciting and rewarding that can be, yet also how there can be difficult moments and new skills to learn when running a sole practice or small law firm in England and Wales…

“Networking with fellow professionals and experienced supporters can bring new work and new ways of working and also reassurance.

“Hexagon’s guidance and some special membership deals from our expert supporters can help your firm thrive.”