Law firm was negligent in property purchase but clients would have gone ahead anyway, court rules 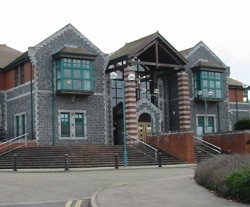 A Kent law firm was negligent for failing to advise properly on a mortgage and valuation report (MVR), but this did not cause a couple in Canterbury to buy a house suffering from subsidence, a circuit judge has ruled.

He said it was not the duty of Bull & Bull to “advise about structural matters when there was a structural survey available”.

His Honour Judge Simpkiss, sitting at Canterbury County Court, found that it was “overwhelmingly probable” that if Bull & Bull had advised Andrew and Elizabeth O’Neill properly, they would still have proceeded with the purchase.

The judge said the couple would have arrived at the same situation as they had done in obtaining a report that said the movement was not “recent or progressive” and only minor works were required.

“Whether that advice was correct or not (and with the benefit of hindsight, there is now evidence that there may be movement, although that is disputed) is not in my judgment relevant.

The judge said the claimants were aware there was “some movement” in the house, but would still have gone ahead with the transaction once mortgage provider Abbey National had accepted their structural engineer’s report.

The court heard that Mr and Mrs O’Neill instructed Bull & Bull to act on the purchase of a house in Canterbury for £208,000.

Abbey made a mortgage offer the following month. One of the conditions was a term that required the claimants to obtain a report from a structural engineer or chartered surveyor about the subsidence/movement that was mentioned in the MVR.

HHJ Simpkiss said: “The claimant’s evidence was very clear and candid. They didn’t read either the mortgage offer or the MVR other than the headlines. They considered that the above term was part of the small print.”

The judge said there was “an issue” over whether their solicitor, Ken Brazier, explained the terms and “he said he did but the claimants say he didn’t”.

After exchange of contracts, in August 2009, Abbey refused to advance the mortgage money because they had not received the engineer’s report, but the claimants obtained one which said there was “no evidence of recent or progressive movement” and, despite “considerable delay”, the transaction completed.

The O’Neills sued Bull & Bull for negligence, in failing to draw the mortgage condition and reference in the valuation report to “movement” to their attention. They claimed the difference between what they paid and what the property was actually worth.

The judge rejected the suggestion that, because the O’Neills had bought a property before and the husband was an electrician, they were sophisticated or experienced clients. “As far as Mr Brazier was concerned, they were simply ordinary consumer clients.”

HHJ Simpkiss found multiple breaches of duty, including that Mr Brazier was under a “specific duty to bring to their attention any unusual terms”, such as those relating to the need for an engineer’s report.

The failure to highlight the importance of the report and the possible consequences of not obtaining it before exchange was also a breach of duty.

It was “inadequate” simply to ask them to confirm that the mortgage offer was satisfactory and that they fully understood its terms.

Further, irrespective of the mortgage terms, the MVR meant the solicitor should have advised the O’Neills to obtain a structural engineer’s report and warned of the risks of buying a property at risk of subsidence.

The judge went on to find that, even if they had been properly advised, the claimants would not have withdrawn immediately from the purchase, but would not have ignored the advice to obtain a structural report.

Events would then have replicated what actually happened and the couple would have gone ahead with the purchase.

HHJ Simpkiss concluded: “The claimants would have proceeded and have not suffered diminution in value loss because they would have acquired the property for the original purchase price.

“If, as they now contend, it does in fact suffer from progressive movement and subsidence, causing a diminution in value, this was not caused by the defendant’s breach of duty.”