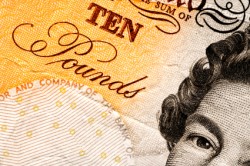 A law firm ‘named and shamed’ today by the government for failing to pay the minimum wage has hit back strongly.

The Department for Business, Innovation and Skills (BIS) included Hampshire-based Rowe Sparkes in a list of 70 employers because it “neglected to pay £530.96 to a worker”.

Government policy is to name all employers that have been issued with a notice of underpayment unless employers meet one of the exceptional criteria or have arrears of £100 or less.

“All 70 cases named today failed to pay the national minimum wage and have arrears of over £100,” it said.

Business minister Jo Swinson said: “Paying less than the minimum wage is illegal, immoral and completely unacceptable. Naming and shaming gives a clear warning to employers who ignore the rules, that they will face reputational consequences as well as financial penalties of up to £20,000 if they don’t pay the minimum wage.”

In a statement, Rowe Sparkes explained that it employed an apprentice under a one-year contract from 22 December 2011 at an hourly rate which was “considerably above the apprenticeship rate” – this is currently £2.73 an hour.

“The apprentice was signed off by her college in October 2012 but remained on the apprenticeship contract of employment. Advice was taken from an HR consultant as to her status and her pay rate.

“HMRC conducted an investigation and determined that, despite the advice we had been given, the apprentice should have been paid the non-apprentice minimum wage for the period after her college course finished. We fully cooperated with this investigation through our accountants Fiander Tovell, who were of the view that the decision made by the HMRC was wrong.

“We relied reasonably on what we maintain was correct advice throughout and believe that we did not underpay anyone but rather paid in excess of the applicable rates.”

The statement continued that the only further course of action would have been an appeal against the HMRC decision to an employment tribunal, “an expensive and time-consuming affair which would have involved our former employee”.

It said: “We were advised that whilst we had a very good case, we could not expect to receive any of our costs for the appeal back and so as an SME we decided on an economic basis to pay the amounts calculated by the HMRC. In doing so we made it clear that we in no way accepted HMRC’s determination.