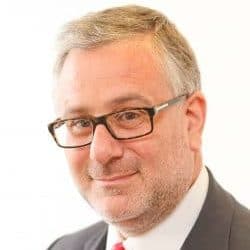 Briegal: People often underestimate the cost of closing down a law firm.

Law firm mergers are still being planned, despite the coronavirus pandemic, although they may take longer to get over the line, experts have predicted.

Andrew Roberts, director of merger specialists Ampersand Legal, said buyers with strong balance sheets would think that now was “a really good time to be pushing on”.

Speaking on a webinar organised by accountants Armstrong Watson, Mr Roberts, chair of the Association of Law Firm Merger Advisers (ALFMA), said he was working on 13 mergers when lockdown struck, “all of which stopped dead”.

Nine have started up again, despite the lack of face-to-face meetings, which meant that negotiations would take longer.

Mr Roberts described the lockdown as a “shock” but said his firm had been retained by two new clients who wanted to be proactive.

One of them was a US firm that was looking for a London office, after opening three new offices in the USA in the past three months.

“There is increasing momentum. If I was a buyer with a good balance sheet, I would think that this is a really good time to be pushing on.”

Mark Briegal, co-founder of professional practice law firm Bennett Briegal, said he had been working on six mergers before the lockdown, of which two were on hold, but he had just been instructed on a new one.

He said the buyer of a law firm needed to go into the seller’s offices and “you just can’t do that” at the moment.

In one, a deal that exchanged in February and was due to complete in April had been postponed partly because the law firms’ offices were “hundreds of miles” apart.

Though this figure had more than halved since, Mr Poole said a couple of new ones had recently come in.

Mr Roberts predicted that partners at small law firms might want to “get out before the next recession”, particularly with a hardening professional indemnity insurance (PII) market.

He said premiums might rise by 10-15% this autumn, meaning firms that wanted to sell before then had to move quickly.

Mr Briegal said some older partners might think “I’ve survived the 2008 crash, I’ve survived Covid, it may be time to get out now before the next thing”.

Mr Roberts described two types of law firm, “predator and prey”, and “if you want to be prey, you must get your house in order”.

He went on: “Think what your firm is good at, and what you are selling. Approach other firms you think will find you attractive. Why not take control of the situation, rather than hoping a buyer will come over the horizon and pick you up?”

“It’s not just run-off, leases and redundancies, it’s storage of files. You don’t want to close a law firm if you can help it. Giving way to a successor practice makes sense.”

He added that, with remote working and the “loss of those water-cooler moments”, merging firms would have to work “even harder than usual” to make sure there was a cultural fit.

Bennett Briegal and Armstrong Watson were, like Ampersand, founder members of ALFMA when it launched in January 2019.