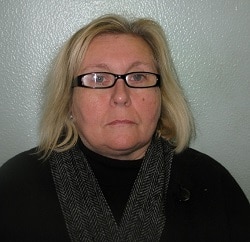 A law firm has lost more than £100,000 from a property transaction after falling for an e-mail scam, it has been reported.

It comes as a conveyancer who had already been convicted of fraud and banned from working in law firms has been convicted again after defrauding three firms where she secured employment after changing her name.

The property was owned by different individuals, who had requested for the sales money to be sent to them separately. The property was sold, and the proceeds were sent successfully to each beneficiary, apart from one, who never received their share.

According to the Bold Legal Group – which represents hundreds of conveyancing firms – the unnamed firm discovered that, on the day of completion, this beneficiary had emailed the firm asking it to change the way in which they received the proceeds of the sale.

It turned out, however, that it was not the client who emailed the firm. Instead, it was a fraudster who had hacked the client’s email, and requested for the money to be sent to new bank details.

The firm has not been able to recover the £110,000 lost through this mistake.

Separately, a woman working as an unqualified conveyancer has been sentenced to five years’ imprisonment, after being found guilty of defrauding three of her employers out of over £500,000.

Oonagh Grant, 57, of Beckenham in Kent, pleaded guilty to three counts of fraud by false representation and three counts of dishonestly failing to disclose information for personal gain or to expose others to loss at Croydon Crown Court.

Grant, who worked as a property conveyancer, was previously convicted in 2011 of stealing from the firm of solicitors she previously worked for, by transferring funds into bank accounts over which she had control. She was sentenced to two years’ imprisonment, suspended for two years.

She was also issued with an order under section 43 of the Solicitor’s Act preventing her from working for a firm of solicitor or being paid by a solicitor’s firm.

In 2013, Grant changed her name by deed poll to Frances Bernadette Grant. Under her new name she secured a position as a self-employed contractor conducting conveyancing work for a law firm in south London.

She began redirecting funds, was caught and subsequently dismissed by the firm. An audit of Grant’s work showed that she had stolen around £28,000. The company reported the offences to police.

By this time Grant had joined a new law firm in Bromley as a conveyancer, and where she took around £224,000. She resigned when her employer was contacted by her previous firm and was warned of her activities.

Detectives from Operation Falcon, the Metropolitan Police’s response to fraud and linked crime online, arrested Grant in December 2015. During the interview she denied all offences and was subsequently released on bail with a condition that she does not work for a law firm.

Nonetheless, she found employment with a law firm in Reading and again she began stealing funds. When the firm was alerted that she was subject to a section 43 order, she was immediately dismissed. Police arrested Grant for breach of bail conditions in October 2016. She was subsequently charged and remanded in custody.

She was later released on bail by the court to allow for her to undergo planned surgery. She was bailed to appear at Croydon Crown Court on 23 November 2016. Grant failed to attend this and one further court appearance due to being ‘medically unfit’.

The letters supplied to the court purporting to be from Grant’s GP were identified by detectives to be fraudulent. A bench warrant was immediately issued by Croydon Crown Court and she was arrested on 15 January on suspicion of fraud.

In all, between 1 January 2014 and 3 August 2016, Grant stole £536,250 from three firms. Just one of the three was able to recover some of the funds stolen. This was made possible when Grant’s bank account was frozen as a result of the police investigation.

Detective Sergeant Daren Walby of Operation Falcon said: “Grant is a serial fraudster who believed that she was above the law; she even went so far as to send fake GP letters to the courts to delay her trial. I’m pleased that she has received a substantial sentence, which reflects the severity of the crime and her contempt of the judicial system.”