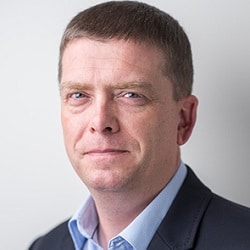 Alden: The purpose is to identify to executors what they should be looking for

A secure private client platform which stores financial and other details needed by executors has been launched by West Country law firm Ashfords.

Michael Alden, head of the firm’s trusts and estates team, told Legal Futures he was not aware of any other law firm offering a similar service to Digital Legacy.

He said he had been talking to funeral services companies and a large Scottish law firm about white-labelling the platform for use by their customers.

Digital Legacy is designed to store details of assets, bank accounts, mortgages insurance policies, memberships and subscriptions, together with social media accounts, messages for relatives and plans for funerals.

Mr Alden said he had designed the platform, launched earlier this month, with the firm’s chief executive, Garry Mackay, a former computer programmer. It was then given to a local technology firm in Exeter to build.

“Traditionally what executors might get is a box file of information, but future generations will not want to deal with paper,” Mr Alden said.

“It is for the customer to decide what they want in Digital Legacy. There will usually be a mixture of hard and soft data.

“Subscriptions can be hard for executors to find and identify, whether it is Amazon Prime, or online newspapers and magazines. Until the bank is alerted to the death, it will keep paying out the money.”

Mr Alden said wills could be uploaded onto Digital Legacy, though a paper copy would be essential for the time being, but the platform was not a place to store passwords.

“The purpose is to identify to executors what they should be looking for, not give them access.”

Mr Alden said that after a death, executors must apply to the firm for read-only access.

“We still have strict duties of care to the deceased, and robust protocols in place to make sure we are dealing with executors.”

Mr Alden said that, partly because of Digital Legacy, the firm had signed up to a level of data security “higher than its peers”.

Mr Alden said each spouse should have their own Digital Legacy account, though in practice they might share passwords. For a former partner seeking discovery on divorce, information on Digital Legacy would be no different to any other kind of financial information.

He said that as people became elderly and infirm, they might be more inclined to let their affairs get into disarray, but with Digital Legacy there was less chance of data being lost.

The platform is set up to generate automatic reminders every six months for users to update their details. Users can change their settings.

Mr Alden said Digital Legacy was currently being offered free of charge to existing clients for a trial period of three months. At the end of the trial period there will be an annual subscription for the service.

“The big challenge is to get people to maintain things once they have subscribed. We are all guilty of signing up for things and not following through.

“There is nobody else out there with anything like this at the moment, but in 10 years’ time it won’t seem unusual.”

Mr Alden added that having a Digital Legacy account and helping executors to be more efficient could reduce the cost of administering estates.

Mr Mackay commented: “Digital legacy is a further example of the firm adapting to the ever-changing needs of our clients.

“As lawyers, we have a responsibility to constantly look at innovative ways in which we can make things easier and more cost effective for our clients whilst continuing to provide the highest level of advice.”