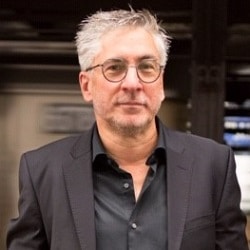 The number of insolvencies among solicitors’ firms reached a new high last year, Insolvency Service figures have shown, and a funder has warned that the practice of ‘loan stacking’ will only make things worse.

The figures go back to 2010, when the Insolvency Service recorded no law firm insolvencies, and only one the following year.

Steve Din, founder of Doorway Capital – the funder fast becoming a major player in the legal market – said he believed the increase in insolvencies was driven by over-borrowing from secondary lenders, which offered firms “rapid access to cash” if partners gave personal guarantees.

“The explosion of online lending has already led to a phenomenon known as ‘loan stacking’ – a practice we have seen increasing amongst law firms, which appears to be have been aided by a willingness amongst equity partners at these firms to enter into personal guarantees.”

Mr Din said loan stacking – the process of taking out multiple business loans from various lenders at the same time – was a “major and rapidly increasing issue”, and the “heightened financial burden” they caused contributed to the inability of law firms to pay off accrued debt.

He added: “We would anticipate that, in the short term, levels of insolvencies amongst law firms will climb, particularly amongst those that have indulged in loan stacking.

“Assuming HMRC secures itself as a secondary preferred creditor in 2020, which is currently expected, high street banks are likely to respond by limiting credit, particularly overdraft facilities, to only the strongest law firms.

“We feel it is somewhat inevitable that this contraction in traditional bank credit in the legal services sector will simply fuel further stacking and, in turn, both insolvencies and personal bankruptcies amongst solicitors.”

Doorway owns Simpson Millar and is investing £50m to grow the national firm over five years, as well as backing two acquisitions, and in February pulling Merseyside firm PR Scully & Co out of a partnership voluntary arrangement.

We revealed in December that Mr Din was eyeing up further investments in the legal market, although PR Scully’s funding is by way of a loan.

Meanwhile, data provided by the Solicitors Regulation Authority to accountants Hazlewoods show that only 10% of law firms that closed in the year to 31 May 2018 blamed financial difficulties as the primary reason

In all, 281 firms closed over those 12 months, of which 157 were acquired by another firm, 72 cited retirement, 29 financial reasons, 10 ill-health, just nine no indemnity insurance, and four merger into another firm.

Hazlewoods saw the statistics in a different light, saying that the low number of law firms closing due to financial difficulties “demonstrates the resilience of the legal profession”.

The accountants said many law firms were “well insulated” from the recent political uncertainty as Brexit has led to an increase in work across several practice areas, such as financial services regulatory trade and restructuring.

But some smaller high street firms were still contending with the impact of cuts to legal aid and civil justice reforms, they said.

Hazlewoods partner Andy Harris said: “Many UK law firms are doing remarkably well considering the political turmoil of the past couple of years…

“In recent years, many law firms have looked to place themselves on a more solid financial footing by trimming overheads.

“Firms also need to make sure they have a diverse range of work to ensure their revenue streams are not impacted. It can be easy to slip into financial difficulties if you take your eye off the ball.”