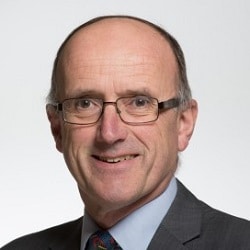 The High Court has refused a City law firm permission to cross-examine people it accuses of trying to obtain confidential information it holds over their affidavits.

The firm, Stokoe Partnership Solicitors (SPS), argues that it is under attack for its work representing Karam Al Sadeq, a Jordanian lawyer currently imprisoned in the UAE for fraud that he denies, who alleges that he came to be in the UAE only because of an act of unlawful rendition.

He further alleges that he was tortured during interrogation once he had been taken to the UAE, and argues that his conviction was based on material obtained as a result of torture and duress.

Mr Al Sadeq has brought separate proceedings in the High Court against international law firm Dechert and some of its current or former partners, whom he alleges were complicit or involved in these actions. Dechert and the lawyers strongly deny the allegations.

According to Mr Justice William Davis, the SPS partner running the litigation, Bambos Tsiattalou, was contacted in March via an intermediary by an Oliver Moon.

“Mr Moon said that he had been instructed to obtain confidential information about the firm, in particular banking information. His instructions had come from a man named Gunning but his understanding was that Gunning in turn was acting at the behest of Paul Robinson.

“In order to establish that Mr Robinson was involved as suggested by Mr Moon, the firm created two documents which purported to contain confidential banking information. In fact, the documents had been created so as to remove confidential information.

“The firm was able electronically to track the documents and to identify any person who accessed them. By this route the firm (with the assistance of an investigation agency) identified Mr Robinson.”

SPS sought injunctive relief to restrain Mr Robinson from actual or threatened breaches of confidence in relation to its work on the Al-Sadeq case, as well as a Norwich Pharmacal order to discover who had instructed him.

In an affidavit, Mr Robinson said his instructions came from Patrick Grayson, a private investigator at Grayson & Co, and that he did not know why the information was required.

“Mr Robinson also made passing reference to a man named Stuart Page as being someone with whom he had worked from time to time. I infer from the terms of the questions apparently put to Mr Robinson prior to him swearing his affidavit that Mr Page was someone already regarded by the firm as a relevant party.

“Mr Robinson did not suggest that Mr Page was involved in the dealings he had with Mr Grayson.”

SPS then issued a further claim against Mr Grayson and Mr Page and their respective companies, Grayson & Co and Page Corporate Investigations.

Mr Grayson swore an affidavit in which he said he never asked Mr Robinson to obtain confidential information relating to SPS.

The judge said: “Wherever he used the term ‘Confidential Information’ in his affidavit, Mr Grayson capitalised the first letter of each word. The proper inference to be drawn from that is that he was seeking to be strict in his definition of the term i.e. by reference to the definition in the order.

SPS asked him to explain the inconsistencies with Mr Robinson’s affidavit, which he refused to do.

It then applied to cross-examine Mr Grayson and Mr Robinson on their affidavits. The firm told the court that it and in particular Mr Tsiattalou have been subject to “increasingly worrying attempts to subvert its conduct of the litigation”.

It said evidence served two days before the hearing last month showed there had been a “concerted attempt to mount a cyber-attack on the firm”.

“On the face of it that cannot be just and convenient. The fact that the case is proceeding to trial is not of Mr Grayson’s making. The firm has determined that this is the appropriate course.”

He gave other reasons, concluding that while it was “frustrating” for SPS, the contradictory affidavits were “not such an exceptional circumstance that either Mr Robinson or Mr Grayson should be required to attend for cross-examination”.