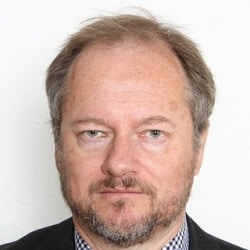 Persey: Firm had no real prospect of defending claim

A London law firm has “no real prospect” of defending a £5.2m breach of trust claim brought against it following a London property deal, the High Court has ruled.

Lionel Persey QC, sitting as a High Court judge, said consultant David Connick had put forward “no credible explanation” for his failure “to do what he had undertaken to do, and what he should have done, in order to protect the claimants’ position”.

Mr Persey said he was satisfied that Mr Connick’s law firm, Philip Ross & Co, had “no real prospect” of successfully defending the claim, and there was “no other reason, let alone any compelling reason” why it should go to trial.

The judge said Paul Allen Levack, one of the claimants, and John Moeller, one of the third defendants, agreed jointly to buy a property in Alie Street, in east London, with each of them contributing 50% of the purchase price, though the agreement was not recorded in writing.

The High Court heard in Levack and another v Philip Ross and others [2019] EWHC 762 [1] that Mr Levack’s company, APL Management, paid over £5.2m to Philip Ross in February and April 2015 for their half of the deposit and completion money, and it was common ground that the money was held on trust.

The judge said the law firm transferred the £500,000 deposit payment in the name of Mr Moeller’s investment vehicle, KGL, and the £4.7m completion money in the name of DDL, an off-the-shelf company that had been acquired by Mr Connick on behalf of Mr Moeller/KGL in order to purchase the Alie Street Property.

“KGL became the sole registered shareholder and Mr Moeller became the sole director of DDL and, through that company with the assistance of Mr Connick, borrowed substantial sums against the Alie Street property in order to fund his share of the completion monies.

“Mr Moeller/DDL then defaulted on these loans. The Alie Street property was subsequently repossessed by DDL’s lenders and then sold, with all proceeds of sale being paid to the lenders.”

The claimants, Mr Levack and APL, claimed that Mr Connick gave “express commitments” in correspondence with them that Philip Ross would only pay out the monies when authorised by them and “for the joint and equal benefit” of themselves and Mr Moeller.

The claimants argued that the “very essence” of the arrangement between the parties was a 50/50 joint venture.

They submitted that the terms of the trust and context in which Mr Levack ‘authorised’ the release of the money could be decided by reference to contemporaneous documents “and in particular the emails passing between the parties”, meaning the issues were suitable for summary disposal.

“This is disputed by Philip Ross, who argue that is has good arguable defences (by which I take it to mean that it has realistic prospects of success) on the terms of the trusts, that the payments out were authorised by the claimants, and in relation to causation and quantum.”

The law firm disputed that the only relevant material in the case took the form of written communications and argued that there were “a number of key conversations between the various actors which were ‘plainly relevant and important’” and could not be resolved without a trial.

Mr Persey said that if there was “good reason” to believe that oral evidence “would, or even might” affect the result, then the court should hesitate before giving summary judgment but there was “no room for the application of Mr McCawber’s principle that something may turn up”.

Mr Persey said Philip Ross argued that no loss was caused by the breaches of trust because “Mr Levack would have acted no differently and given his authorisation to release the monies from the firm’s client account in any event”.

However, the judge said this argument was not “germane” to the issues and the “relevant counterfactual” was what would Mr Levack have done if informed of the true position before he transferred the money.

“In other words, informed that whilst giving him assurances that his interests were being, and would be protected, Philip Ross was at the same time actively taking steps to ensure that DDL was put in to the sole ownership and control of Mr Moeller so that it could be used as a vehicle to enable Mr Moeller to raise his share of the purchase monies.

“The suggestion that Mr Levack would have been willing to pursue what the claimants correctly describe as a commercially irrational transaction involving the investment of £5m with no legal interest or protection and the immediate encumbrance of the purchased asset is unreal.”

Mr Persey concluded that the parties should agree a draft order reflecting his findings that it was appropriate to give “declaratory relief in favour of both claimants and a monetary judgment in favour of APL although the parties have leave to address me on this should they disagree”.