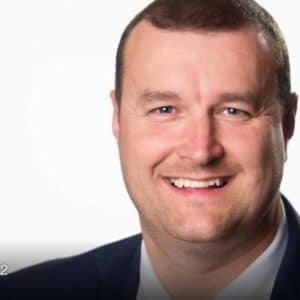 Kidd: stability may be more important than a higher salary

Finance staff at larger law firms are seeing their pay rise as the market becomes more competitive, a new survey has found – while those working for small firms were the least likely to have had a pay rise in the past year, despite proving the most loyal.

The annual salary survey conducted by Balance Recruitment on behalf of the Institute of Legal Finance and Management (ILFM) also found the roles of accounting specialists to be extending into pricing and project management.

It found that 78% of employees in medium to large law firms reporting receiving a pay rise, compared to just 59% of those in smaller practices – respectively higher and lower than the previous year.

They were also more likely to receive bonuses – overall, 45% of respondents received one.

While more than half of those at small and mid-sized firms expected to be in the same role in a year’s time, the figure was 44% for large firms (although this was up from 36% the year before).

Some 19% of respondents at mid or large firms had moved jobs in the past year, compared to just 6% at small firms – overall significantly higher than the numbers the year before.

The report said: “Whilst headcount budgets are increasing, due in part to improving economic conditions, the competitive hiring market has also had a big impact on this, with firms recognising the need to keep existing staff happy and away from the clutches of competitor firms.

“Starting salaries are inflating to attract applicants who are in short supply, and counter-offer activity, to retain departing employees, has raised the expectations of existing workforce with whom this doesn’t go unnoticed.”

The survey saw growth in salaries for most executive management, qualified accounting, finance systems, revenue control and legal cashiering positions, but some marginal declines in salaries for legal billing and credit controllers at certain levels of experience.

“We put this down to two main factors; the offshoring of bill processing in some larger firms and the increasing prevalence of multi-discipline revenue control teams, with individuals holding responsibility for a broader remit encompassing WIP management, billing and collections,” it said.

“There remain some significant problems in staffing finance systems teams, with the abundance of implementation projects, either currently underway or on the horizon, seeing teams grow in a discipline that has long been in short supply of experienced resource.

“Only a small number of larger firms appear to be investing in succession planning in this field by training up apprentices and finance systems assistants… The flat structure of most finance teams often becomes stifling and top heavy, causing problems when it comes to replacing leavers.”

The survey reported that while the demand for dedicated pricing specialists has not been as high as expected, there has been “an increase in pricing and profitability analysis responsibilities across a greater number of vacancies, mostly in financial analyst roles”.

There has also been more demand for project/programme management resource over the last 12 months, “often following or as part of sweeping business services process improvement reviews”.

Tim Kidd, ILFM chief executive, said: “The most interesting finding is the difference in pay conditions between the large and small law firms. We think the disparity is perhaps partly reflective of the higher rate of staff turnover at larger firms, where employers more frequently find themselves having to attract experienced staff in a highly competitive jobs market.

“That said, the report reveals that the small firms have much better staff retention levels – 89% in small firms and 81% in large firms – so maybe stability is more important than a higher salary today.”