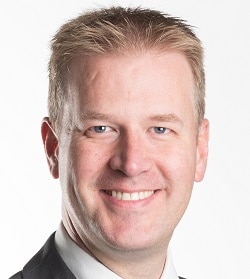 Harris: signs of some firms slipping back into bad habits

The financial performance of smaller law firms has improved over the last year, with both fee income and profits up significantly above inflation, according to an annual benchmarking survey published this week.

Very little increase in salary costs, improved lock-up, and reductions in both work in progress (WIP) and debtor days contributed to the positive picture, although the survey’s author warned that the number of partners drawing in excess of profits for two consecutive years had risen substantially.

The financial benchmarking survey, produced by the Law Society’s law management section (LMS) in association with accountants Hazlewoods and sponsored by Lloyds Bank is in its 17th year. More than 150 firms, with income totalling £665m took part.

Participants included firms with turnover under £1m and over £10m. The biggest value band – with 53 practices – was £2m-£5m. Most firms supplied data relating to their finances in 2016 – and 2015 as a comparator.

Total year end lock-up days (WIP and debtors together) fell by 11 days to 149 days. The median cost of an employed fee-earner, including fixed-share partners and notional salaries for equity partners, was £47,677 compared to £48,681 in 2015.

The ratio of fee-earners to partners remained steady at 5:1, while the number of secretaries rose slightly to 0.6:1 and other support staff per fee-earner increased very slightly to 0.37:1.

Differences between the best and worst performing firms were marked. The report found fee-earner gearing at the most profitable practices was 6.4, compared to 4.0 at the least profitable, on average across all firms.

Meanwhile, fee income per equity partner at the most profitable firms was £1.1m, compared to £408,000 at the least profitable, across all practices. But when broken down according to firm turnover size, unsurprisingly there was a huge discrepancy.

The survey noted that lock-up varied dramatically between different areas of law, but observed that it was pleasing to see that the median number of days’ lock-up had fallen by about 7% from 2015 to 2016. But it also pointed out that lock-up days at the country’s biggest practices were below 130 compared to the survey median of 149.

Increased levels of profitability and a continued desire by some practices to reduce third-party borrowings were among reasons given for a doubling of the increase in equity partner capital – combined capital account, current account and tax reserves – to 14% from 7% in last year’s survey.

However, in a quarter of firms partners’ total drawings continued to exceed profits; in almost one in 10 firms, total drawings exceeded profits in both years, up from 6%. The survey noted this figure was much improved from 21% a few years ago, but said it was “still a noticeable number”.

In a blog timed to coincide with publication of the LMS survey, its author, Hazlewoods director Andy Harris, warned: “Pressures on cash flow are as strong as ever, and practices need to be mindful of the lessons learned over the last few years, particularly at a time when there is so much uncertainty about the future of the legal sector and economy as a whole.”

His conclusion on the survey overall was: “Most of the key metrics show improved financial performance, but there are some warning signs that a small number of practices are slipping back into bad habits.”