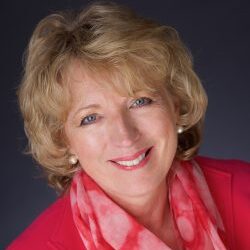 Stevens: Notable that only one defendant made application

A law firm being sued for more than £2m over a failure to advise properly has failed in its bid for summary judgment over several of the allegations made against it.

Master Stevens said the issues raised by Bird & Lovibond were not short points of construction, “nor ones where I can find there are no realistic prospects of success”.

Ion Manda is suing the West London firm as well as barrister Colm Nugent over the conduct of his employment tribunal claim against a major bank that was ultimately dismissed on withdrawal. He had claimed he was forced to resign in 2013 because he had been bullied and harassed, resulting in a serious psychiatric injury.

His claim against the lawyers was that the dismissal or strike-out of the tribunal proceedings prevented him from bringing a subsequent personal injury claim in the county court, which was struck out as an abuse of process. The loss of chance is valued in excess of £2m.

Bird & Lovibond sought summary judgment in respect of 10 paragraphs in the particulars of claim on the basis they were time barred such that the claimant has no reasonable prospect of success and there was no other compelling reason why the claims should be disposed of at trial.

Master Stevens said: “Whilst I am mindful of the overriding objective and the need to ‘grasp the nettle’ and narrow issues early wherever sensibly possible, the points raised by this application are not short points of construction, nor ones where I can find there are no realistic prospects of success.”

She cited last year’s Court of Appeal ruling in Sciortino that the summary disposal of allegations of professional negligence against lawyers should be “very much the exception rather than the rule”.

There was a danger of conducting a mini-trial and ignoring the possibility that other evidence may be available at trial, especially with disclosure still an issue.

It was “immediately notable” that the application was made by the law firm only, the master said – given the “huge overlap” in allegations against the two defendants, allowing the application would not narrow the factual issues to be determined at trial.

“Finally, it should be self-evident that the number of points of law and complexity of the arguments presented to me for a summary determination following a short hearing, do not fulfil the definition of a short, simple point of construction.

“There is a complex factual matrix lying behind the allegations and proper findings of fact need to be made at trial after testing the evidence, so that the law can be correctly applied.”