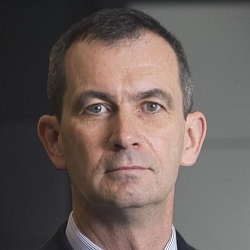 Adam Johnson J: No retainer with three of the four claimants

A leading firm of patent attorneys which admitted negligently failing to lodge an appeal against a decision to revoke a client’s patent need only pay nominal damages after a High Court ruling.

The BASF Group, a major chemical products conglomerate, had claimed losses of more than $1bn resulting from the error by Carpmaels & Ransford.

But Mr Justice Adam Johnson held [1] that the firm did not have a retainer with the claimants most affected and in any case nothing would have happened differently had the error not been made.

BASF instructed the firm to prosecute a patent (called Patent 458) for an emissions treatment system and method for use in the automotive industry.

In July 2012, in proceedings in the European Patent Office, Carpmaels negligently failed to lodge an appeal from a decision to revoke Patent 458 for lack of inventive step.

The first issue was whether Carpmaels owed a duty of care not only to BASF Corporation, which held the patent, but also to the other three claimants, BASF businesses in Germany, Poland and South Africa, which would have sold the products arising from it.

However, they were not subsidiaries of BASF Corp – rather, they were in another part of the wider BASF group – and the judge found neither a contractual retainer with Carpamels nor a common law duty of care.

He said: “What Carpmaels did was to seek to protect and maintain Patent 458 in the hands of BASF Corp, with a view to its being deployed in the future in a manner yet to be determined…

“Nothing crossed the line between Carpmaels and the other claimants, save [a Carpmaels lawyer’s] limited engagement with BASF Germany, but viewed objectively such engagement was only ever part of the process of acting for BASF Corp, and is readily explicable on that basis.”

The second question was what losses flowed from the negligence, which required the judge to consider what would have happened had the appeal been filed on time.

The parties agreed that the revocation would have been automatically suspended at least until early 2015 and the claimants argued that this period was a “critical time for the commercial exploitation” of the technology reflected in the patent.

They said car manufacturers – and particularly Daimler, Volkswagen and Ford – needed it at the time in order to comply with new diesel emissions standards. Instead, the business went to Johnson Matthey International.

However, Johnson J held that the existence of the patent in 2013/2014 would not have generated “any real chance of [the manufacturers] making different procurement decisions and awarding a larger share of their business to the claimants”.

Further, he was not persuaded that BASF would have wanted to licence the technology to Johnson Matthey at that point (it did later on).

The judge also held that the appeal would probably not have succeeded, meaning nothing different would have happened after 2015.

He concluded that BASF Corp only was entitled to “nominal damages” representing the value of the patent as an asset in its hands, rather than those of the other claimants.