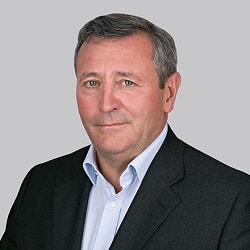 Transferring the ownership of law firms to employee ownership trusts (EOTs) boosts staff loyalty by giving them more security if the firm is sold, the chief executive of the latest firm to create an EOT has said.

Peter Doyle, of London employment specialists Doyle Clayton, said the EOT would only approve a sale of the firm if it benefited members, who would all be entitled to a share of the proceeds.

“If the law firm you work for could be sold quite suddenly to a bigger firm, that will always be in your mindset,” Mr Doyle said. “What does that mean in terms of your involvement and commitment?

“If you know that the firm cannot be sold easily, because the trust would have to approve it, your commitment and loyalty is reinforced.”

Hodge Jones & Allen became the first law firm to be entirely owned by all its employees [1] in December 2018, transferring 100% of its shares to an EOT. Mr Doyle said his firm’s EOT owned over 70% of the shares – the minimum level of ownership for an EOT is over 50%.

Other firms have given staff minority stakes in the business through trusts, most notably south-west firm Stephens Scown [2] and listed firms like Gatelely.

“The staff love the idea,” Mr Doyle said. “It is one way of getting the non-lawyer employees more engaged. There are also tax benefits.”

He said the move offered an “enormous potential for change”, which could lead among other things to staff being given more information about the financial performance of the firm.

“Compare that to a traditional partnership where a few partners own all the equity and take all the profits, they are secretive about how the firm is run and could sell it at any time.”

To create an EOT, law firms need to be alternative business structures, which Doyle Clayton has been since 2016. This enables shares in the firm to be owned by a non-lawyer in the form of the EOT.

Mr Doyle said the directors of Doyle Clayton would decide on the size of the bonus pool to be shared by EOT members every year, taking into the account the views of the trustees and senior managers.

If the directors made decisions that were not “sensible” and simply “favoured themselves”, Mr Doyle said they could potentially be removed by the EOT as the biggest shareholder.

Bonuses paid under the EOT to staff, who must have been with the firm for at least 12 months, are determined by set principles and do not depend on performance.

Mr Doyle said the law firm, which ended its financial year on 31 October, was hoping to pay its first round of bonuses in March next year. He said it was too soon for him to give figures on the size of the bonus pool or the bonuses themselves.

He said hundreds of non-legal businesses had become EOTs since David Cameron introduced the idea in 2014.

Mr Doyle said whether or not law firms would create EOTs was “another matter” and he did not think it would appeal to the big City firms, bearing in mind the competing interests of their partners.

“It’s a case of people going away and thinking about it, thinking about the alternatives and what is best for their firm. It’s a long process of reflection and discussion.”

Mr Doyle said it was useful for himself and his partners to know about the “ins and outs” of setting up an EOT, as news of Doyle’s Clayton’s move had already triggered enquiries from other, non-legal, businesses thinking of doing the same.