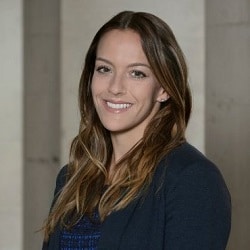 Unconscious bias in legal businesses is hampering their success, inhibiting a diverse and inclusive sector, and damaging the experience of women and minorities in the workplace, according to a report.

Law firms need to train senior personnel to recognise their prejudices and introduce ‘disruptors’ – such as transparent work allocation practices – to prevent it. Unconscious bias could not be eliminated, but its pernicious effects could be moderated, the report said.

The author, Emily Clews, a researcher at Fides Research, a legal and compliance executive search and consultancy firm in London, concluded: “Counteracting unconscious bias and initiating behaviour change is hard and takes time.

“It is counter-intuitive for humans to take the longest route to do something, especially in the decisions we make.

“However, it is possible to hold yourself accountable to your own biases by questioning your first impressions, justifying your decisions and asking for feedback from others.”

She argued that the legal industry would fail to improve its culture of entrenched privilege unless unconscious bias was addressed, and would “remain one of the least diverse professions”.

Unconscious bias has become a prominent issue because law firms have failed to embrace diversity, especially at partner level, she said. Addressing the issue was a “commercial imperative”.

Among several types of unconscious bias, Ms Clews said, were: affinity bias, the tendency of people to like others similar to ourselves; availability bias, a tendency to make a decision based on information that is readily available rather than objective information; and the ‘halo effect’, letting someone’s positive qualities, such as attractiveness, influence perceptions in other areas, such as leadership abilities.

She argued that unconscious bias had been helpful from an evolutionary perspective, but now blinded humans into making decisions that were counter-productive for business success.

Such bias could not be eliminated but its impact could be mitigated by training and creating structures within organisations, such as work allocation processes that ensured transparent decisions within a firm by removing partners from the equation.

Case studies in the report included the international law firm Ashurst, which this year won a business award for improvements in gender equality.

The firm has trialled and adopted work practices in which resource managers worked “to understand and manage both partner and associate needs and expectations” when the task of allocating work was delegated to them.

Sheena Patel, work allocation manager at Ashurst said: “Partners do not have time to consider this information when making quick decisions about how to allocate work.”

Ms Clews also suggested introducing “inclusion nudges” or “bias interrupters” into recruitment, promotion and compensations processes “to help influence decision makers to make better and less biased decisions… [and] curb the detrimental effects of bias by addressing them before they happen”.

At the recent Legal Geek conference in London, in a panel session on women in lawtech, Law Society vice-president Christina Blacklaws, who is director of innovation at corporate law firm Cripps, urged people to examine their unconscious bias in order to encourage diversity.