Law firm dismissed staff member because she was pregnant 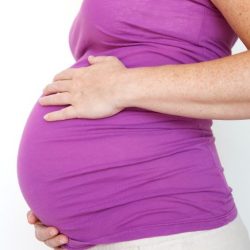 Discrimination: Partner’s attitude changed when he found out receptionist was pregnant

A law firm partner dismissed a “inconvenient” member of staff because she was having a difficult pregnancy and taking time off work, an employment tribunal has found.

Ms K Nasreen was summarily dismissed by Dr Akbar Ali Malik a month after her last day in the office, despite medical evidence showing she was ill, which the tribunal said was unfair by reason of pregnancy.

It said Dr Malik and Ms Nasreen, who had been a receptionist at Malik Law Chambers for more than three years and reported directly to him, had previously had a good relationship. There was no evidence of any disciplinary or performance concerns “whatsoever”.

“We infer from all the evidence that his attitude to her changed when he realised that she was having a difficult pregnancy, which was giving rise to a protracted period of sickness absence and (inevitably) a period of maternity leave.

“This was inconvenient to the firm and Dr Malik decided to dispense with her services in a summary fashion.”

The firm had offices in both East and West London, and also Birmingham. It was shut down by the Solicitors Regulation Authority in April 2018, which said there was reason to suspect dishonesty on the part of both Dr Malik and registered foreign lawyer Imtiaz Ali. Ms Nasreen worked in the East London office.

The case has been in the system for some time; in 2020, a tribunal overturned an earlier finding of unfair dismissal for procedural reasons.

In last week’s ruling, Employment Judge Massarella rejected Dr Malik’s submission that he had been a self-employed consultant at the time – which meant he should not be a party along with the firm – and only became a partner at the firm a few days after the dismissal in February 2018.

Noting that no evidence had been supplied to support this, the judge said: “We think it implausible that Dr Malik would have elected to become a partner of [the firm] at the very time when it was in great difficulties and was placed into intervention within less than two months.

“We think it much more likely, on the balance of probabilities, that both Dr Malik and Mr Ali were partners in [the firm] at all material times and that Dr Malik sought to give a date in February 2018, in the hope that it might assist him in evading liability for the claimant’s dismissal.”

Ms Nasreen became pregnant towards the end of December 2017 and began to have “adverse symptoms, including severe sickness, almost immediately”.

She told Dr Malik and said she might need time off as the pregnancy progressed. She continued to work until 20 January 2018.

The tribunal saw a series of text messages from her to Dr Malik over the next month, informing him that she was very unwell and apologising that she was unable to come into work. He neither replied to them nor took her telephone calls.

Her husband went to the office on her behalf to speak to Dr Malik. The tribunal found: “Dr Malik responded to this in a hostile fashion, was rude to him, refused to take copies of the medical evidence and told him that he did not need it because the claimant ‘was no longer needed’.

“We are satisfied that these words were unambiguous and amounted to an express dismissal.”

This was also consistent with the fact that there was no further communication from Dr Malik or the firm with Ms Nasreen.

The judge said: “The burden of proof plainly passes to the respondents [Dr Malik and the firm] to show that there was no discrimination whatsoever. They have not discharged that burden, and the claim of direct pregnancy discrimination must succeed.”

The hearing went ahead without the participation of Dr Malik and Mr Ali as neither had provided a response to the claim. The remedy hearing was scheduled for this week.

In 2019, the London Borough of Ealing obtained a £500,000 confiscation order against Dr Malik after a long-running saga over the solicitor’s use of a terraced house as the firm’s West London office.