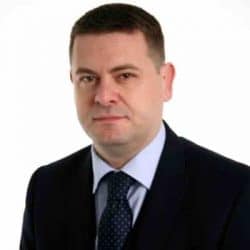 A Liverpool law firm has defeated the claim of a finance broker who sought a £100,000 fee for introducing it to a new loan provider.

While High Street Solicitors (HSS) ended up securing £2m in funding through peer-to-peer lender ArchOver, the High Court found that this was achieved by a second and separate approach.

In Silvercloud Finance Solutions Ltd (t/a Broadscope Finance) v High Street Solicitors Ltd [2020] EWHC 878 (Comm), the court heard that, in 2017, the law firm – which specialises in bringing personal injury and financial services claims – had lending facilities of around £2m from NatWest, secured by a first debenture, various unsecured lending, a facility with VFS Legal Funding and a facility with Novitas secured by a second debenture.

The firm was keen to discharge the Novitas lending, which managing director Sean Rogers said was “expensive”.

However, it recognised that a new lending facility would need to discharge the NatWest loan as well so that an adequate debenture could be executed.

Mr Rogers authorised the claimant – which was owned by Alan Woods and operated under the umbrella of Synergy Commercial Finance – to approach ArchOver to investigate possible funding options and the formal process began in July 2017. This was on the basis that, if HSS received £2m in funding, the claimant would be paid 5%, or £100,000.

However, progress was slow, with a particular focus on the value of HSS’s work in progress (WIP), and towards the end of 2017, the claimant was exploring other potential lending opportunities.

Meanwhile, another HSS director, John Coxhead, approached Norman Kenvyn at VFS Legal to investigate funding arrangements. Mr Kenvyn too proposed an approach to ArchOver, through which he had himself obtained funding.

By the end of March 2018, £2m of funding was arranged through ArchOver with unidentified lenders in five separate tranches. HSS’s directors were required to invest 10% of each tranche through the ArchOver platform.

ArchOver’s chief operating officer, Ian Anderson, told the court there had been a change in ArchOver’s approach to lending on the security of WIP in early 2018.

The claimant contended that it was entitled to its introducer fee, and His Honour Judge Pearce, sitting in the Circuit Commercial Court in Manchester, said the key issue was whether it was “the effective cause” of the lending.

The judge said that, after “an initial flurry of activity… the picture is of considerably less activity in later 2017”, to the point it appeared the negotiations had stalled. Mr Rogers said Mr Woods had told him the deal was dead, which the latter denied saying.

HH Pearce ruled: “I conclude that it is more likely than not that Mr Rogers’ account of being told that the deal was dead was probably correct.

“I do not consider that I should necessarily draw the inference from this that Mr Woods’ evidence to this court has been untruthful.

“It is perfectly plausible that Mr Woods has forgotten saying this with the passage of time and has persuaded himself that he would not have said it because of a belief that, given that ArchOver did eventually propose a lending offer to the defendant, his own actions must have been influential in that.”

There were no documents detailing the basis for the decision that Mr Coxhead approach Mr Kenvyn, but the judge said that, “in a small firm, a relatively informal approach such as this might well go undocumented”.

He found no reason to disbelieve the evidence of Mr Coxhead and Mr Kenvyn that neither knew of the previous approach to ArchOver.

There was, the judge continued, “no absolutely clear and compelling evidence before the court of what it was that caused ArchOver to agree to promote the funding opportunity in 2018 when it had not agreed to do so in 2017”.

It would “appear probable” that there was a change of policy over WIP funding, while the judge said it seemed that Mr Kenvyn had a better relationship with his contact at ArchOver than Mr Woods had with his.

But there was no evidence that it was because of Mr Woods’ earlier work. “If this were so, I would expect it to have been mentioned in correspondence, yet it is not. It follows that it is probable that Mr Kenvyn’s involvement did bring some additional input to these negotiations…

“It follows that I am satisfied that the involvement of Mr Coxhead and Mr Kenvyn did bring additional input into the lending decision of ArchOver.”

HHJ Pearce concluded that the claimant had failed to prove that its lending proposal was the effective cause of the borrowing.