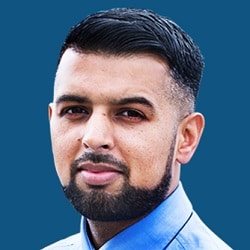 Law firm consolidator AWH Legal – which says it plans £100m worth of acquisitions in the next two years – has made its first purchase outside of personal injury.

The Manchester-based practice has bought Blackburn firm Roebuck Solicitors, which also has offices in Clitheroe and Leyland, out of administration.

The 110-year-old private client practice adds around £4m in turnover and 50 staff to AWH, which has a turnover of £14m and more than 150 staff as a result.

AWH, which was set up in 2017 and came to prominence last year after buying industrial disease specialist Roberts Jackson, has now gone public with the name of its American backer, Sandton Capital Partners.

Sandton’s website says it specialises “in providing solutions for situations that are too difficult for more traditional sources of capital to navigate”.

Since 2009, Sandton says it has executed investments totally over £1bn “across a diverse range of industries in Europe and North America, partnering with incumbent management”.

It is backed by university endowments, pension funds and financial institutions, and has six European offices, including one in London.

AWH managing director Abdul Hussain told Legal Futures that, while personal injury was AWH’s focus, “we acknowledge that to build a sustainable business model going forward, you need to introduce other areas of practice”.

With downward pressure on fees in injury claims likely to continue – such as through the introduction of fixed fees in low-value clinical negligence work – he predicted that it would be hard for injury-only law firms to survive.

Roebucks, which has a broad high street practice, encountered financial problems after its bank withdrew support, which Mr Hussain claimed was an increasing occurrence.

Some banks saw law firms as “high risk” in the wake of the number of practices going bust, he said, and they were looking to reduce their exposure.

But he said Roebuck’s “underlying business was good” and formed part of AWH’s strategy to both diversify and expand geographically through “consolidation” in the north-west.

There were “a lot of efficiencies to be had” at the firm but he did not expect redundancies to result as Roebucks was integrated with AWH.

Rather, there were “opportunities” to grow in the north-west and if anything AWH was likely to recruit staff to Roebucks, which is retaining its brand.

Mr Hussain said there would be one or two more acquisitions this year as he looked to build “a heavyweight brand and firm in the north-west to challenge the established names”. He has spoken previously of looking to help firms exit the personal injury market in the run-up to next year’s reforms.

He added: “This latest acquisition forms part of our intention to complete £100m worth of quality acquisitions in the next two years that complement and enhance our existing services and team.

“We are actively looking to seek new opportunities and as a result of organic growth we are also looking to grow our team with a range of new roles available from junior to director level.”