Law firm co-founder was not an employee, tribunal rules 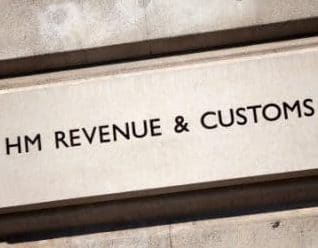 HMRC: PAYE status did not mean barrister was employee

One of the barrister founders of a pioneering legal aid firm in the North-East was not an employee or worker and so cannot bring unfair dismissal and other claims, an employment tribunal has ruled.

The departure of Brian Mark from Kyles Legal Practice earlier this year came amid allegations that he had leaked confidential information about the firm.

Kyles launched in 2010 as a legal disciplinary practice, a forerunner to alternative business structures that for the first time allowed solicitors to go into partnership with other regulated lawyers.

Mr Mark brought claims for ordinary and automatically unfair dismissal, protected disclosure detriment, breach of contract and claims for wages and other payments.

The hearing before Employment Judge Davies in North Shields was on the preliminary question of whether Mr Mark was an employee or worker and thus able to bring a claim.

The judge recorded that Mr Mark set up Kyles with fellow barrister Nick Peacock, his one-time pupil. They recruited John Turner, initially to be an employee but then a director to comply with Solicitors Regulation Authority requirements.

Mr Turner told the tribunal that “the overriding desire in 2010 was to break down the traditional barriers between the Bar and solicitors and to save on costs. The intention was to keep as much work as possible in-house”.

They and all the other fee-earners were initially paid £30,000 a year through PAYE, with the firm not turning a profit until 2016. At that point the directors switched to being paid by dividends.

Mr Mark was paid regardless of the amount of work he did, the judge said; though the intention had been that he would do the lion’s share of the firm’s Crown Court work, in practice he did not do so and cases were regularly sent to outside counsel.

It was not disputed that he had no set working hours or days. He did not have an allocated quota of holidays and was able to take annual leave whenever he chose to do so.

“Before too long disagreements emerged between the three directors,” Judge Davies said. In 2013, “in the course of those disagreements”, Mr Mark wanted to practise not only as an employed barrister at Kyles but also as a member of the independent bar.

But the shareholders agreement required the other directors to consent, and Mr Turner did not.

The judge went on: “The disagreements between the three directors continued and grew. It is not necessary for me to go into those. I simply touch on some matters from late last year and early this year that may be relevant to my decision about the nature of the relationship entered into at the outset.

“Mr Turner and Mr Peacock were contacted by a third party and this led them to identify what they believed to be evidence that the claimant had leaked confidential information about [Kyles] and had then taken steps to cover his tracks by attempting to delete relevant e-mails.”

Mr Turner and Mr Peacock convened a board meeting, to which Mr Mark was invited but did not attend, at which they decided to remove him from the firm’s day-to-day business. Staff were told about this and Mr Mark “was told words to the effect that he was being suspended”.

Judge Davies said Mr Mark accepted in cross-examination that he had not suggested he was a worker or employee until May 2019. He added that the Bar Council’s categorisation of Mr Mark as an employed barrister was not determinative.

The judge said there had been no discussion in 2010 or any time thereafter about employment status, worker status, or contractual terms of engagement.

“Rather, there was a discussion between three professionals, two barristers and a solicitor, who were setting up a business together and who agreed that they would collectively work to bring money in and would be remunerated from the business in equal terms.”

The judge found no express or implied contract between Mr Mark and Kyles. Back in 2010, the barrister “was not negotiating with or contracting with the others in their capacity as representatives of the company. He was agreeing with them how they were going to run their business”.

Nobody suggested that the shift in payment from PAYE to dividends also changed the nature of the relationship between the parties, he added.

“Even if I had found there was a contract, I would have had no hesitation in finding that it was not a contract of employment or a worker’s contract. The basic elements of the employment relationship were not present, in particular the element of control.

“He was answerable only to his other two shareholders and directors in the boardroom.”

The refusal to allow Mr Mark to practise independently was “entirely consistent with the operation of the shareholders agreement”.

Judge Davies continued: “Nor would I have been persuaded that what happened at the end of the relationship was evidence that this was in fact an employment relationship.

“This had been an increasingly bitter dispute between the directors and shareholders over a number of years. It was proving intractable.

“Two of the three shareholders were now of the view that the third had leaked confidential information and then tried to conceal that conduct. It was inevitable that something would have to give. What happened was a decision to exclude the claimant from involvement in the day-to-day operation of the business.

“In the context in which it occurred, that by itself could not possibly bear the burden of demonstrating that what these parties agreed at the outset and what they did for a number of years amounted to a relationship of employment.”