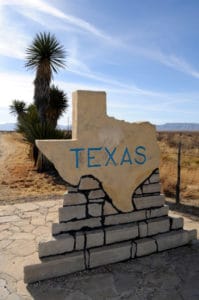 A firm of solicitors has been caught up in the activities of two companies that have been wound up by the High Court after it ruled that they showed a “lack of commercial probity” in their sale of interests in American oil wells.

The court wound up Belize-incorporated Eco-Energy Corp and UK-registered Sturgeon Estates on the petition of the Secretary of State for Business, Innovation and Skills, following investigations by Company Investigations, part of the Insolvency Service.

The investigation found Eco acted as the contracting party and received customers’ money through the unnamed law firm.

Payments supposedly entitled investors to a percentage interest in the profits made by a number of oil wells in Texas. Customers had no way to independently corroborate that their investments were in fact genuine or being properly handled.

Sales were ‘introduced’ by a network of mostly UK companies, including Sturgeon, a company which previously sold carbon credits to the public as an investment product. Carbon credits are widely acknowledged to have been wholly unsuitable for retail investors.

The High Court found that both Eco and Sturgeon had traded with a lack of transparency/stewardship and a “lack of commercial probity”.

Although there had been a failure in both companies to maintain adequate books and records, the investigation found that at least £943,000 and £630,000 had been received by Eco and Sturgeon respectively.

The High Court also heard how a number of payments were made to customers in the guise of returns on their investments, but were in fact funded by monies paid in by other investors.

David Hill, a chief investigator at the Insolvency Service, said: “Oil production is a risky business, but, whereas investing in a company listed on a recognised stock exchange should ensure that the corporate side of business is properly handled, Eco and Sturgeon’s customers were wholly let down in this regard.

“The risks involved in investing were multiplied many times by those companies’ failures to attend to even basic principles of record keeping, corporate governance, and due diligence.

“The concern is that these failures mask the true intentions of those behind the companies. Investors should be wary of any products which they hear about through cold calling, and even more so of products held in offshore jurisdictions with poor transparency and track records as regards corporate governance.”

A spokesman for the Solicitors Regulation Authority said: “We have warned the profession of becoming involved in high-yield investment fraud and that we would take proven incidents of misconduct seriously. We do share information with the Insolvency Service and, if presented with evidence, will investigate as appropriate.

“We cannot comment on any firms, but any disciplinary or regulatory action would become a matter of public record.”