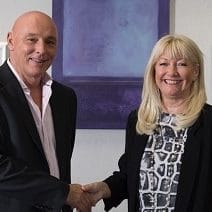 A law firm chief executive who lost his claim that he was fired for making protected disclosures has escaped a costs order even though a tribunal said it had no reasonable prospects of success.

Peter Watson “must have been aware there was an uphill struggle to succeed in his claims”, ruled Employment Judge Slater in Manchester, but that was not the same as saying he knew or should have known there were no reasonable prospects of success.

This was even though the tribunal found there were none.

At first instance, the employment tribunal decided that Cheshire firm Hilary Meredith Solicitors (HMS) dismissed Mr Watson because he resigned almost immediately after financial problems at the firm were found – “running for the hills” as founder and chair Hilary Meredith put it – without staying to see their real extent.

Her decision was not influenced by the protected disclosure, it found. The Employment Appeal Tribunal upheld the ruling in April.

The firm then sought its costs on the basis that Mr Watson acted unreasonably in bringing and/or continuing to pursue the proceedings when he must been aware that the claim had no reasonable prospects of success.

The tribunal heard that HMS made ‘drop hands’ settlement offers from 14 months before the original decision, arguing that he was attempting to litigate a shareholder dispute in the tribunal.

The firm refused his offer for a roundtable meeting for this reason but did make a £10,000 global offer in January 2019 to settle all outstanding claims, including Mr Watson’s separate breach of contract and shareholder claims.

He refused this but said he would accept £30,000 for the tribunal claim and a further sum – or at least an agreement to hold meaningful discussions – for the other claims.

HMS rejected the proposal and the tribunal ruling was handed down in April 2019.

In its costs ruling, the tribunal panel said that, “viewed objectively”, the claims had no reasonable prospect of success – but only once material disclosed during the hearing was considered.

“The most illuminating material, in terms of Ms Meredith’s thought process, was what she was writing to Mr Pike, her solicitor, at the time, not expecting it to be seen by others… It did not make any criticism of the claimant making the disclosures.

“If all this material had been available to the claimant, prior to the hearing, we would have concluded that he should have realised his claim had no reasonable prospect of success.”

But the tribunal observed that “a lack of documentary evidence demonstrating unlawful motive is typical of most employment cases” and so while Mr Watson “must have been aware that he faced an uphill struggle to succeed”, that was not the same as knowing the case was hopeless.

“There were some matters which we conclude could have led the claimant to take the view that there was a real, albeit perhaps not very great, prospect that Ms Meredith would not discharge the burden of proof on her,” it continued.

The tribunal concluded that Mr Watson did not act unreasonably in bringing or continuing the case and so it would not be appropriate to award costs against him.

The tribunal added that, even if Mr Watson viewed the tribunal proceedings as leverage for his other claims, “this would not make it unreasonable conduct to bring these proceedings, provided the claimant considered there was some reasonable prospect of the claims succeeding”.