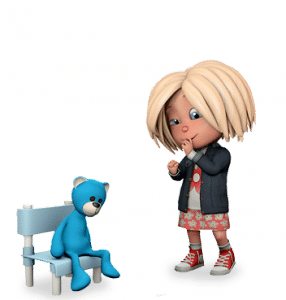 A new insurance business that will also offer wills, probate and family law services is set to go live after its law firm received an alternative business structure licence.

Northamptonshire-based Hannah Solicitors LLP, known as Hannah Wills LLP until last month, was granted an ABS licence by the Solicitors Regulation Authority effective from 22 May 2013.

The law firm will sit alongside a wider insurance offering under the Hannah brand, which is due to launch later this year. It specialises in life, home and income protection insurance.

It is the first insurance/law firm tie-up that does not involve personal injury claims.

BDI’s marketing manager, Jonathan Wills, told Legal Futures that Hannah is a “new brand” whose only connection with BDI was Mr Thomson. Hannah will employ “a number of solicitors”.

He explained the company’s plans now it had an ABS licence: “We are doing wills and we are moving into family law. Between the two companies the only relationship is they were started by the same person.”

The head of legal practice is 33-year-old solicitor Joe Hallett. The head of finance and administration is Simon Underwood.

A prototype public-facing website has been set up for the Hannah brand, which includes wills and probate services. The site will be revamped by the end of this month to include an expanded range of legal services. “There is a lot more legal content to go on the new site,” said Mr Wills.

The present website has an animated cartoon child – ‘Hannah’ –  who explains the company’s offerings with the tagline ‘Insurance made child’s play’. “We are trying to just do things a little bit differently. Solicitors have always had a bit of a sense of stuffiness – old-fashioned maybe. We are trying to put something that’s a bit different out there,” Mr Wills said.

On BDI’s website, Mr Thomson explains that he previously worked for “two of the country’s largest estate-agency chains, arranging mortgages and insurance for clients looking to buy or remortgage property” and suggests he “was possibly the UK’s top mortgage advisor”.

Being tied to a single insurance company was frustrating. “The policies I was forced to sell offered terrible value for money,” he says. He set up BDI because “the market was crying out for a company with advisors who knew the small print of every insurance contract and could explain it simply, too”.