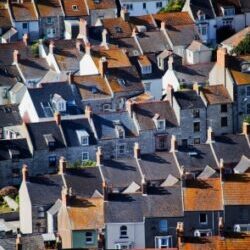 Conveyancing: HMRC said none of the schemes were effective

A North-West law firm and one of its partners have been fined for undertaking 113 conveyancing transactions over four years that avoided £3m in stamp duty land tax (SDLT).

Chester-based Hillyer McKeown was fined £10,000 and Caroline Jones £7,000 for multiple breaches of the rules, including failing to provide adequate advice to purchaser clients, failing to inform lender clients and acting where there was a conflict, or a significant risk of one, between the two.

Ms Jones was a four-year-qualified senior associate when the work began in 2010, and became a partner in 2014, shortly after it finished. She is now head of commercial property.

In an agreed outcome approved by the Solicitors Disciplinary Tribunal (SDT), the Solicitors Regulation Authority (SRA) explained that 85 of the 113 transactions involved the firm also acting for the lender. Ms Jones signed most of the certificates of title.

The four schemes were promoted by two companies, Sterling Tax Strategies – which has since gone into administration – and Cornerstone Tax Advisory Services. More than £3m was avoided and, in addition to its standard conveyancing fees, Hillyer McKeown charged its clients £91,000 for the extra work required to facilitate the schemes.

HM Revenue & Customs (HMRC) has since confirmed that none of the schemes were capable of negating the need for clients to pay the tax and many of the transactions have been challenged.

In the first scheme, the buyers set up an unlimited company and used the purchase money to buy shares in it. The company bought the property and dissolved itself immediately, with its assets going to its shareholders.

The second scheme saw a company based in Guernsey buy the property and the buyers buy a 999-year lease from it.

In the third, the buyers bought the property and sold to a British Virgin Islands company, for £1, an option to buy it from them for full market value in 25 years’ time. However, the option was to remain unregistered.

This was replaced by a scheme in which the buyers bought the property and then entered into a sub-sale contract with a British Virgin Islands company to buy it for 101% of the purchase price. But completion was delayed for 25 years.

Both Hillyer McKeown and Ms Jones admitted that they did not tell the lenders about the schemes, even when, in the first two, their money was going to a third party.

The SRA published warning notices about SDLT avoidance schemes in both 2010 and 2012.

The regulator said the firm and the solicitor should have advised their clients about the “high level of risk” in using the schemes and also the complex titles that would result from them.

The firm and solicitor placed “undue reliance” on counsel’s advice they were given for each scheme: they did not see the instructions to counsel, counsel owed them no duty, and “the opinions were all theoretical and [did] not offer any practical advice on the application of the schemes in day-to-day residential conveyancing, particularly when they involved the use of mortgages”.

The opinions also stressed caution, referring to the schemes’ structures as aggressive with no guarantee of success, but these warnings were not passed on to clients, even after the lawyers became aware of the HMRC challenges.

Hillyer McKeown and Ms Jones admitted all the allegations, which also included related accounts rules failures and an attempt to reduce the limitation period for a claim in 10 of the retainers.

In mitigation not agreed by the SRA, both the firm and Ms Jones said they did not intend to breach any regulatory rule or principle, and there was no suggestion that they acted in any way without integrity.

Ms Jones said she “intended to serve her clients to the best of her abilities and is mortified the fact that her regulator believes that she has failed to do so”.

“[She] can see now that a different approach should have been taken in relation to the detail of advice given to her clients in respect of the schemes, disclosures to and the obtaining of informed consent from her lender clients.”

But she stressed that no purchaser clients complained about her and she was not aware that any lender clients suffered a loss.

The firm said its shortcomings were “inadvertent”, while the fees generated were “a limited amount” of its income. The retainer issue was caused by using an incorrect precedent client-care letter from another firm.

In deciding the fines (Ms Jones’s took account of her financial means), the SRA said it recognised that their misconduct “did not involve dishonesty, lack of integrity or ulterior motivation”.

At the same time, they should have been aware of the SRA’s warning notices, neither self-reported –the SRA received a complaint in 2016 that led to the investigation – and the misconduct lasted for a prolonged period.

In approving the fines, the SDT described the matter as “moderately serious”, although it noted the respondents did not devise or market the schemes.

“The tribunal recognised that the practice had come to an end before the SRA investigation and that there had been full co-operation with the SRA. This had included full admissions at an early stage.”