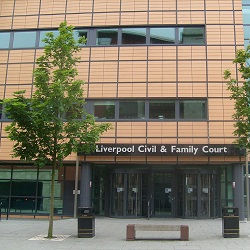 A law firm and a litigation funder were entitled to end their retainers with a couple suing their former solicitors and should have their costs of £75,000, the High Court has ruled.

His Honour Judge Cadwallader, sitting in Liverpool, held that Michael and Vanessa Kennedy were in breach of their contract with Liverpool firm Bermans and funder Escalate Law by failing to provide clear instructions.

He found that they also deliberately misled their advisers, the claimants in the action, and sought to have them work in “an inappropriate or unreasonable way” by instructing them to finalise an agreement with the Leicester Diocesan Board of Finance to amend an overage agreement and quantify the overage without informing the diocese that they could or would not make the payment.

Escalate is an alternative business structure, based in Liverpool, owned by Bermans and accountancy firm PKF Littlejohn.

It uses corporate recovery specialists to try and achieve a settlement in under three months. If not, the case moves on to litigation, which Escalate funds.

In Escalate Law Ltd & Anor v Kennedy & Anor [2021] EWHC 2232 (Ch), the Kennedys had engaged Bermans and Escalate to pursue a professional negligence claim against Peter W Marsh & Co over advice the Melton Mowbray law firm provided in 2013 when they bought a plot of land for the diocese for £44,454.

The deal was subject to an overage agreement – which provided for further payment if certain events occurred – and concerns later arose about the effect of the agreement.

The claimants were instructed in February 2018 under a conditional fee agreement (CFA) and started proceedings against Peter W Marsh but a mediation in January 2019 failed to resolve the matter.

The claimants then negotiated a variation of the overage agreement to cure one of the problems with it and fix the overage sum at £70,000, payable on development or sale.

The Kennedys had obtained planning permission in April 2017 to build a house on the land, but it was to expire on its third anniversary unless by then a material start had been made.

A week after the third anniversary, the claimants terminated their contract with the Kennedys and claimed payment of their fees and disbursements.

HHJ Cadwallader found the Kennedys in breach of the CFA by failing to give clear instructions on whether there had been a material start to the development – having said there had been, a subsequent email from Mr Kennedy contradicted this.

“The nature and circumstances of the contradiction must give rise to the concern that it would be difficult thereafter to place any reliance on any instructions which he might give on that topic,” the judge said.

The Kennedys were also unclear on whether they were in a position to make the overage payment.

The judge went on to find them also in breach of the obligation under the CFA not deliberately to mislead the claimants by saying they would have built at least five houses on the land if they could have.

Instructing Bermans to mislead the diocese “lacked commercial probity, and that instructing the claimants to proceed in that knowledge involved instructing them to be complicit in that lack of probity and bad faith”, HHJ Cadwallader said.

“Those instructions were therefore to work in a way which was both improper and unreasonable, and amounted to a breach of the CFA.”

The judge also rejected the Kennedys’ counterclaim that the claimants failed to advise them to accept an £80,000 offer made at the mediation; he found that Mr Kennedy would not have accepted it even had he been advised to do so.

He concluded: “I therefore reject the claim on behalf of the defendants that the claimants’ work for them was worthless.