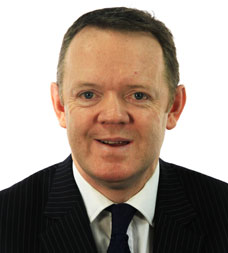 In the latest of our Legal Pioneers series, we speak to Aspire Law, the only solicitors’ practice in the country focusing solely on spinal cord injuries – and the first alternative business structure (ABS) set up jointly by a law firm and a charity.

On its first anniversary last month, Aspire Law – a joint venture between Hampshire solicitors Moore Blatch and national spinal injury charity Aspire – had good reason to be cheerful. Twelve months on, the firm has grown to the point where it is challenging established players in this niche part of the serious injury market.

Its legal director, Damian Horan, who is also a Moore Blatch partner, told Legal Futures that the ABS has flourished beyond expectations and, importantly, its policy of making no deductions from claimants’ damages appeared to be inspiring similar best practice across the profession.

Aspire Law, which has 10 solicitors, opened for business on 3 November 2014. It shares operating profits equally between the two parent organisations. When it entered the venture, Moore Blatch decided not to take on spinal cord injury cases under its own brand for fear of causing confusion among clients.

At the time the new firm opened, Mr Horan, whose own practice concentrates on brain and spinal cord injuries in adults and children, expressed a hope that the overall volume of cases handled would grow to compensate for the loss of income. This has now been achieved, he said. “Pre Aspire Law, as Moore Blatch we always did some spinal cord injury cases, but nowhere near the sort of volume of cases that we’re now seeing in Aspire Law.”

He said there were about 1,200 people in total annually who sustain a spinal cord injury, of which 3-400 might have a legal claim – “thankfully, it’s not a huge number each year, as a proportion of the population”. Aspire Law was now speaking to new clients on “a regular basis”, he reported. “Only today I’ve spoken to two new clients. That gives you an example.”

Interest in the firm has greatly exceeded projections, he said. “In our first year we didn’t really know whether this was going to work or not. We thought ‘we might get a few cases, or we might not’. But it’s just exploded beyond what we thought it would do.”

Aspire Law’s determination to run cases without profiting from clients’ damages has “anecdotally” led to others in the market copying the practice, he said. “You had some players in this space who were quite happy to take deductions from… damages. We hear on the grapevine that they may be beginning to change their behaviour. To be honest, we expected that might [happen].”

Mr Horan was neutral about the advantages of being an ABS, saying only that “it hasn’t been a hindrance”. But the arrangement of having a board with members of both the Aspire charity and Moore Blatch has worked well, he said, with “everybody working collaboratively in the best interests of Aspire Law” and a complete absence of “fallings out or arguments”.

Fusing the different cultures of a charity and a law firm in a new business has “worked surprisingly well”, he said. Part of the process has been improving understanding by the lawyers of the charity’s point of view.

He gave the example of a recent training day for the Aspire Law solicitors at the Royal National Orthopaedic Hospital’s London Spinal Injuries Centre in Stanmore, Middlesex, put on by the clinic and Aspire staff.

He reported it was “quite an empowering sort of event, because our solicitors really now understand what is involved [in spinal cord injury], how it affects people from a psychological and an emotional point of view, how it impacts on the wider family, and they have a far better understanding… so they can help clients, which is so important”.

Aspire Law benefited from publicity resulting from the firm winning The Lawyer ABS of the year award in June, he said. The firm has also been active on social media and regularly goes out to speak to staff on spinal units, which has been a key source of new business.

“It’s a bit of a snowball effect when you start acting for clients on units. What tends to happen is they speak to other clients and you find that people are starting to find us as a result of the fact that we are acting for somebody who they know, or have met, in a hospital.”

Future plans included further work on the firm’s online presence, he said, and boosting its profile, “particularly with clinical staff within the NHS, so that those people who are involved in the pathway that spinal cord injury people go along realise that we are there and that we can help them”.