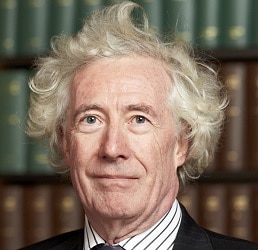 Lord Sumption, the outspoken Supreme Court justice, has said he regrets the “growing tendency of would-be lawyers to devote themselves to the study of law from the age of eighteen”.

Instead he said that “in an ideal world” law should only be offered as a second degree and “the study of a different subject at a formative time of one’s life” was “personally enriching”.

Lord Sumption, a history graduate and respected historian, described the law as an “exclusive and possessive discipline” and said its study was “not a particularly good training for the handling of evidence, or for acute social observation, or for the exercise of analytical judgments about facts, all of them essential judicial skills.

“I am not for a moment suggesting, least of all in present company, that law graduates lack these qualities. But I do not think that they derive them from their legal studies.”

Lord Sumption said that given the “limited public funding available at universities”, he would not “press the point” that law should only be offered as a second degree, but “in an ideal world there would be much to be said for it”.

Speaking on the subject of The Historian as Judge at a training session for Upper Tribunal judges in the Rolls Building, the Supreme Court justice described history as a “prodigious source of vicarious experience”.

He went on: “We are all, I am sure, familiar with the tired journalistic cliché that judges are out of touch with real life because they are middle class and, by the standards of our society, quite comfortably off.

“The truth is that everybody is out of touch with real life. This is because real life is too vast and too varied for more than a small part of it to be experienced by any one man or woman. We need several lives, but we are granted only one.”

Lord Sumption said the value of history would be “very limited” if we were “all that different” from our ancestors.

“But one of the things that one learns from our three millennia of recorded history is that humanity does not really change very much. What changes is not its basic instincts and desires but its capacity for giving effect to them.

“Indeed, one of the abiding tragedies of mankind is surely that its technical and organisational capacities have expanded so much faster than its moral sensibilities.”

Lord Sumption said he did not think it was an accident that Lord Bingham, “one of the great judges of the past century”, read history at university and remained an “avid reader of history” all his life.

“His interest in history unmistakably marked his style, in both his judicial and his extra-judicial pronouncements. Of course, you can know a great deal of history without having studied it at university, if you really set your mind to it.

“But however it is acquired, I have no doubt that the grasp of the dynamic of human societies through their history makes a better judge. More generally, I would say that it improves the quality of almost every kind of decision-making.”

The Supreme Court justice added that British foreign policy had been “somewhat accident prone” over the last 30 years.

“Can this be something to do with the fact that the last Prime Minister with a profound grasp of history was Harold Macmillan?” he asked.