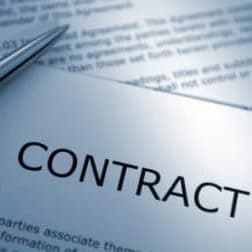 Contracts: Can you get smarter than this?

The Law Commission has “paused” its project on smart contracts to avoid potential duplication with work being undertaken by the government-backed lawtech delivery panel.

The Ministry of Justice asked the Law Commission to include work on electronic signatures and smart contracts as part of its most recent programme, agreed in December 2017.

It has prioritised work on electronic signatures – a consultation closed last November – and had planned to publish a call for evidence on smart contracts in January 2019, followed by a symposium this month.

In a statement on its website, the Law Commission said: “In the same period the LawTech Delivery Panel was created. There is clearly some common ground between the proposed Law Commission work and that of the delivery panel.

“In these circumstances, we have taken the view that it makes sense to pause our work until such time as the conclusions of the panel are known.

“The Law Commission stands ready to help where appropriate to ensure that the law of England and Wales is sufficiently certain and flexible and to promote the use of English law and UK jurisdiction as a foundation for lawtech.”

It is not clear exactly what the panel is doing on smart contracts, however.

The aim is to identify both barriers to and catalysts for growth, so as to provide direction to the legal sector and help foster an environment in which new technology can thrive.

On the electronic execution of documents, the Law Commission’s provisional conclusion was that an electronic signature was capable in general of meeting a statutory requirement for a signature without the need for legislative reform.

It also sought views on issues such as whether webcam or video links could be used instead of a physical witness for documents which require witnessed signatures, and whether there should be a move away from traditional witnessing in person to a signing platform alone, where the signatory and witness are logged onto the same programme from different locations, or the ability of a person to ‘acknowledge’ that they applied an electronic signature to a witness after the event.

It also suggested that there should be a further project on whether the concept of deeds is fit for purpose in the 21st century.