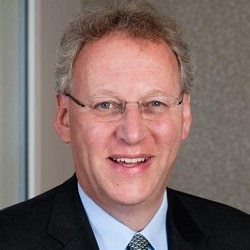 Rethinking the home-buying process – including bringing an end to caveat emptor – and putting digital justice on a firm footing are among projects being considered by the Law Commission.

The jurisdictional challenges presented by emerging technologies and a legal framework to support the increased automation of public decision-making are also on a list of ideas put out by the commission in a consultation on its next (14th) programme of law reform.

It listed 18 initial ideas of possible projects, including whether it was time to rethink the home-buying process.

“For example, we could explore the regimes in other jurisdictions and consider whether the buyer-beware principle, which requires each purchaser to investigate title, is the appropriate starting point for home purchases.

“A project might also examine the role of technology in the home-buying process, and whether there are barriers to it transforming processes and procedures, as it has done for other transactions.

“We would also welcome views on whether problems in buying homes can be solved by market action, or whether law reform is needed.”

We reported last year that questions were beginning to be asked about whether caveat emptor could be displaced by vendor disclosure because of the rapid adoption of technology due to lockdown.

The Law Commission said it could be “well placed to work closely” with the government, courts service, the judiciary and others to help capture and embed “the valuable lessons” of digital justice thrown up by Covid.

“Consideration will need to be given to how digital participation in judicial proceedings aligns with long-established legal principles developed for a different age.

“In order to maintain both public and judicial confidence, it is important that these principles are developed in line with technological advances. Examples might include: principles and rules concerning courts and tribunals procedure; witness handling; access to court information; and protecting the integrity of the judicial process.”

Other topical issues included whether the presumption that computer-generated evidence was reliable unless proved otherwise should be changed in the light of the “damaging findings” in the Royal Mail sub-postmasters litigation, and whether public bodies should be liable for the other party’s costs where the public body lost in litigation.

The Law Commission’s recent tech-related projects have identified several conflict of laws issues, such as the problem of determining whether a particular court will have jurisdiction to hear a dispute in relation to a smart contract.

“There is a sense that the international commercial community is waiting for a jurisdiction to grasp the nettle. A lack of clarity in relation to the rules may be inhibiting the uptake of new, and potentially more efficient, technology.

“The Law Commission could clarify the domestic legal position, and identify situations that may require the development of new rules rather than the analogous extension of existing ones.”

With sophisticated algorithmic platforms in the public sector increasing, the commission said questions would emerge about the risk of error, bias, transparency and public confidence in outcomes.

“We believe that the 14th programme offers a timely opportunity to examine what changes to the legal framework are required alongside existing developments in best-practice, data ethics, and best procurement practices.”

Other projects floated included revisiting the Arbitration Act, 25 years on from becoming law, a review of the powers of the Court of Appeal’s criminal division, and technological advances and procedural efficiency in the criminal courts.

Sir Nicholas Green, chair of the Law Commission said: “Our programmes of law reform are an important opportunity to hear from a wide range of people about areas of law that are most in need of improvement or development.”

The consultation closes on 31 July.